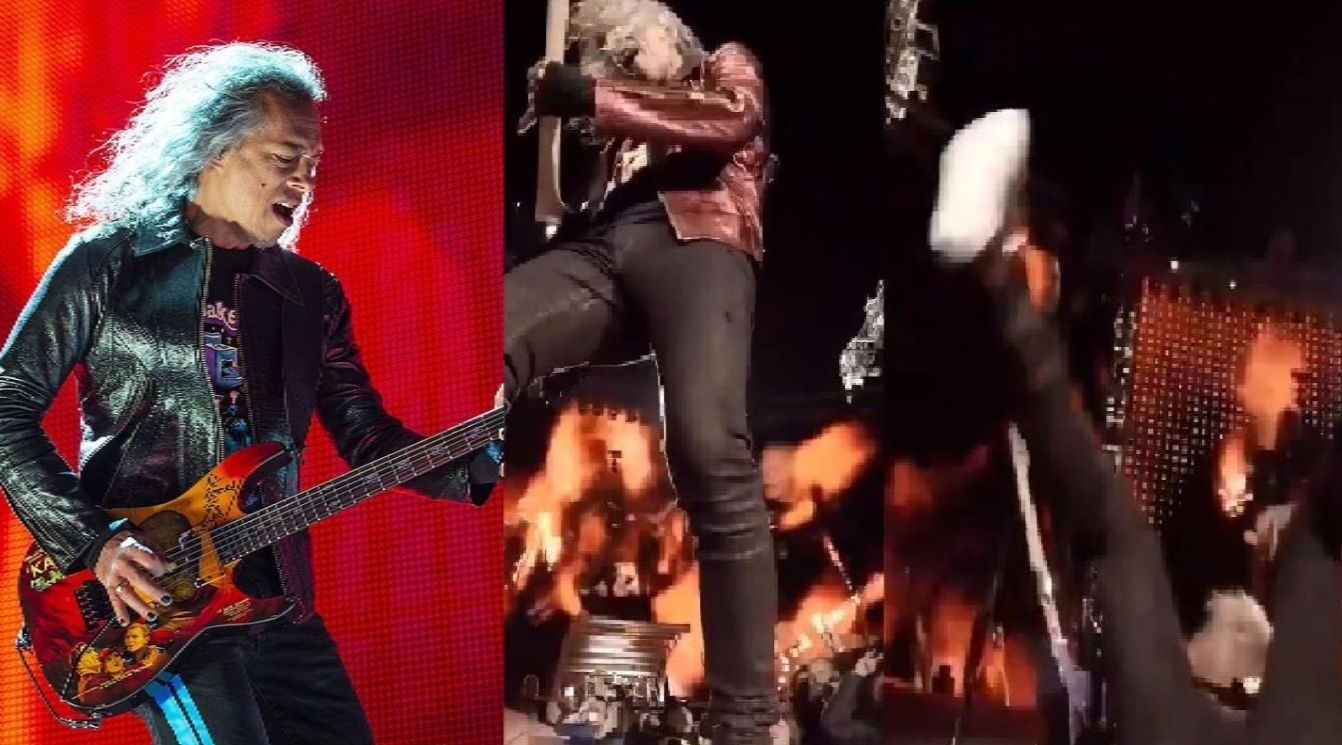 A fact that will certainly make people laugh happened last on May 8: guitarist Kirk Hammett was “betrayed” by the wah wah pedal – just his favorite – and eventually slipped on stage during a Metallica show in Milan, Italy.

The curious situation occurred during the guitar solo performance of the song “Moth Into Flame”, originally released on the album “Hardwired … To Self-Destruct” (2016). Hammett was in the middle of the solo when he slipped and fell, falling backwards.

Despite the fall, nothing serious happened with Kirk Hammett, who continued playing normally – before resuming his performance, however, he gave a laugh of himself.

The guitarist himself tried to share the moment in his social networks. “Ummm – I slipped on my wet wah wah pedal. It rained so hard I felt like I was playing guitar under the shower,” he said in the caption.