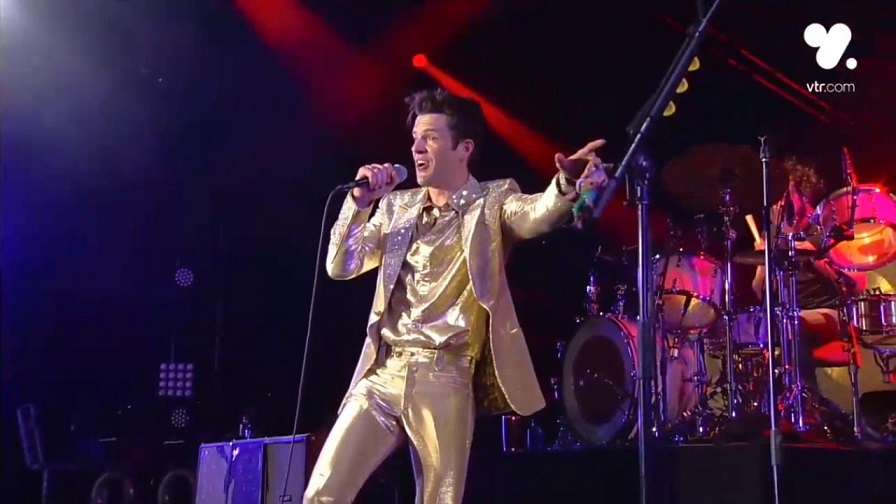 Liam Gallagher had another one of his episodes during the Lollapalooza Chile in Santiago last weekend.

As we speak here, the former Oasis vocalist left the stage after 4 songs claiming problems with the sound quality and with his voice, leaving the Chileans devastated and furious with the attitude.

Liam’s team even released a note through a tweet explaining that the singer is having a lung infection that makes it harder for him to breathe, stopping him from finishing his set on Sunday. In any case, they promised a return of the singer to the Chilean capital “as soon as possible”.

But the audience that went to O’Higgins Park in Santiago did not miss the opportunity to sing Oasis’s classic “Wonderwall,” thanks to Brandon Flowers and The Killers, who improvised the song in the middle of the repertoire.

Flowers even claimed to be a big fan of Liam Gallagher and Oasis, calling the Englishman “my king”, and he tried to minimize his abrupt departure from the stage a few hours earlier:

“I heard that this guy left some songs you wanted to hear from outside today,” Flowers said.

“Before I sang this song I just wanted to say that Liam Gallagher is one of my kings. This here is by no means an attempt to lessen the things he did, I think he had problems today.”

“But any night people sing Wonderwall is a good thing, so come on …”

The Killers even delivered a very complete set, demonstrating the good time that the Las Vegas band lives after the release of the great album Wonderful Wonderful last year. The only difference in relation to the repertoire of the show in Buenos Aires came with the exchange of the song “Bones” by the cover of Oasis.