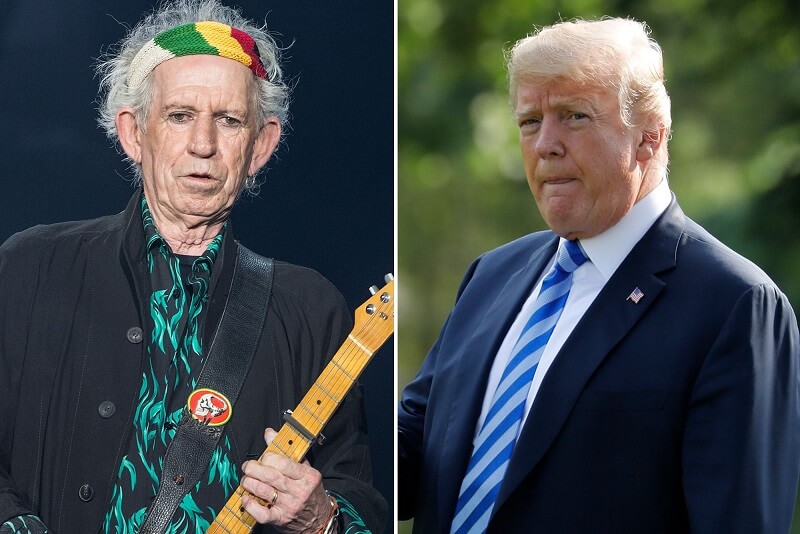 There was a time when it would be unimaginable to have a figure like Donald Trump at the post of President of the United States.

The idea that a millionaire who never did much to win his fortune, inherited from the family, and always treated people with the utmost disrespect, would be the leader of the most influential country in the world was even considered a joke, but today it is a bitter reality. 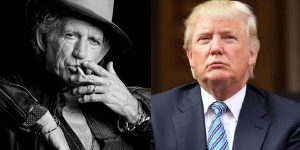 Who almost prevented this from happening was Keith Richards, immortal guitarist of the legendary The Rolling Stones, who threatened the guy with a knife in an episode we talked about in the past.

About to embark on a new tour that will have very special guests, the Rolling Stones has given interviews and in one of them to the BBC, Richards talked about the episode, giving even a nudge in the American voters.

“He [Trump] was the promoter for us in Atlantic City [during 1989’s Steel Wheels Tour],” he told the BBC.

“[It was billed as] ‘Donald Trump presents the Rolling Stones’ [with the band’s name written in miniature].”

“I got out my trusty blade, stuck it in the table and said: ‘You have to get rid of this man!'”

“Now America has to get rid of him. Don’t say I didn’t warn you!”

And he wasn’t the only one talking politics. 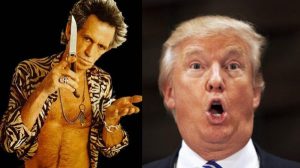 Ahead of the band’s No Filter Tour, frontman Mick Jagger spoke about Brexit.

“I’m not really happy with the status quo. In the UK I think we’re going through a difficult moment. It’s very hard to understand all the difficulties we’re having with Brexit.

“The current government seems to be having a very hard time to navigate through it. Everyone would like to see a fast resolution and a united front rather than a split.”