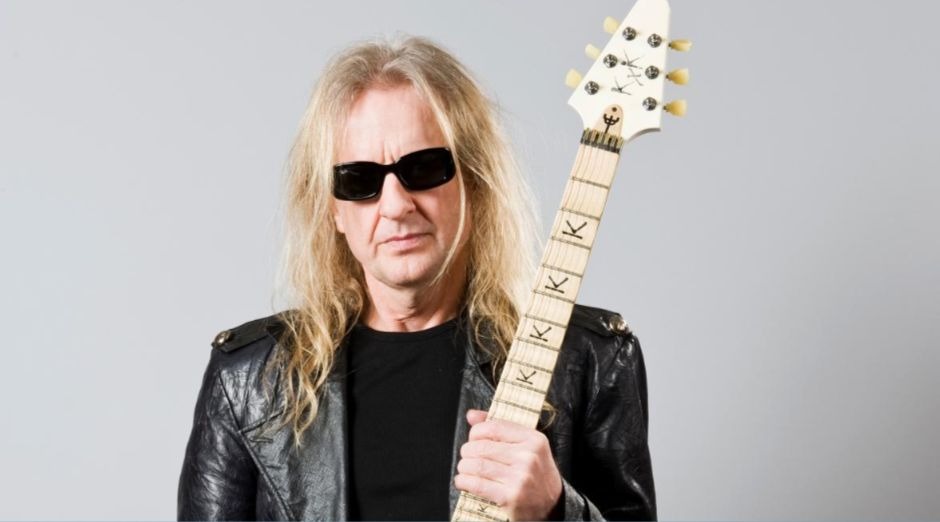 Guitarist K.K. Downing. retired from Judas Priest in 2011 formed recently a new band called: KK’s Priest that has Ex-Priest singer Tim “Ripper” Owens and the also ex-drummer of the band Les Binks. In a recent statement on their official website, he talked about the curent status of their upcoming debut album.

“I just wanted to check in to say a big hello from myself and the band! We are now just waiting for studio facilities to re-open in order to mix and master the album. And we are incredibly excited and totally ready for the launch of what we consider to be an exceptional and important record; we sincerely hope that you will agree!”

​”Although we are all enduring frustration in so many ways. We have to stay positive and patient. Also hope that the live venues will soon be active again. It is our intention to be able to play for you as soon as we possibly can. We did have some festivals booked this year. But understandable they had to be cancelled this time around. But rest assured management is talking with the agents and promoters to reschedule and we will be first in line to offer up our availability to promoters all around the world.”

​”Our thoughts and sympathy are with everyone and their associated families and friends that have been victims. Or have directly suffered from this terrible virus. Let’s stay strong and supportive together so that we can beat this world crisis into submission.”

​”I’m sure that you will all join us in saying a massive thank you to all medical and associated institutions for their hard work and bravery in the front line of this battle, as without them the cause would surely be lost. For now, stay safe, we will all be together again soon at a venue near you, for some great classic and new metal.”

K.K. Downing made the band after not being invited to return to Judas Priest. In the last few years he was interested in going back to the band, however, the ex-bandmates didn’t want him back.