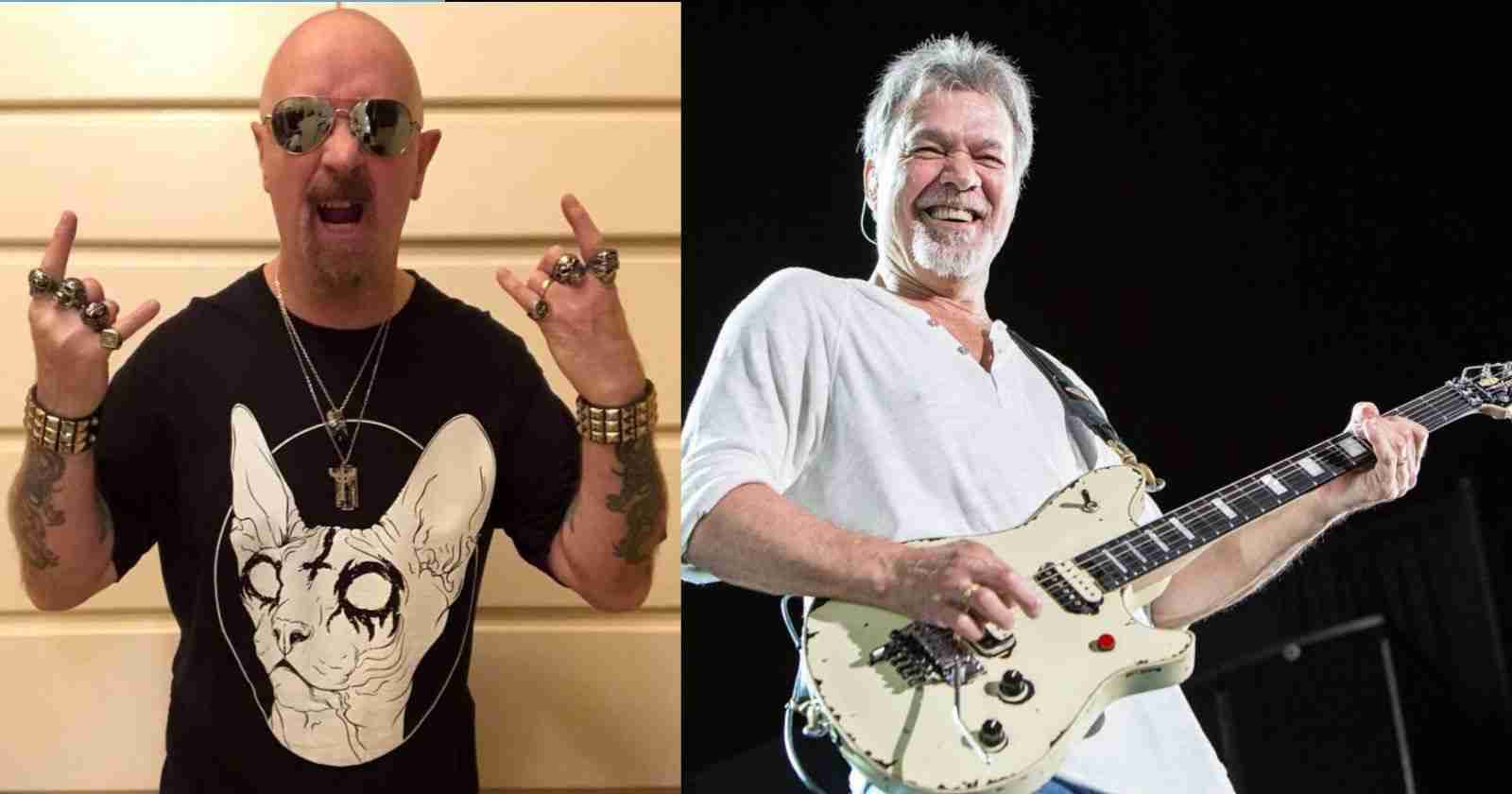 “(I have) A couple of strong memories. The first one when I was introduced to Eddie’s spectacular guitarmanship was in the very early days of Judas Priest. Our manager – Dave Corke – at the time, came over to where I was living and banged on the door and said, ‘You’ve got to come to sit in my car and listen to this cassette that somebody sent me from America! It’s this new band, they’re called Van Halen, I don’t know anything about him but just listen to this music!'”

“So I went and sat in his car outside my house and we played the whole first Van Halen album [1978’s self-titled], and I was just mesmerized by his guitar playing. It was like something we’d never ever heard before from a guitar player!”

“So that was the first time. Then some years later, Priests were special guests to Van Halen here at the Santa Monica Civic. We had a show together and it was just a thrill because we were all fans of them. Turns out that they too were fans of Priests, especially Eddie with what Glenn [Tipton] and K.K. [Downing] were doing at the time.”

“So we became friends and we kept that friendship going. I know that Eddie came to Priest shows. Because afterward, I’d find out that he’d been with Glenn and they were talking about guitars and so on and so forth like guitar players do. So, man, it’s just horrible, it’s absolutely horrible. We’ve lost so many people this year, on top of this pandemic. When will it stop?”

“But, you have to pull through all that, pull through the rubble. Do what we always do when we lose these musical giants is put their music on. Because I was blasting Van Halen all day yesterday to get me through the loss of this incredible player.”