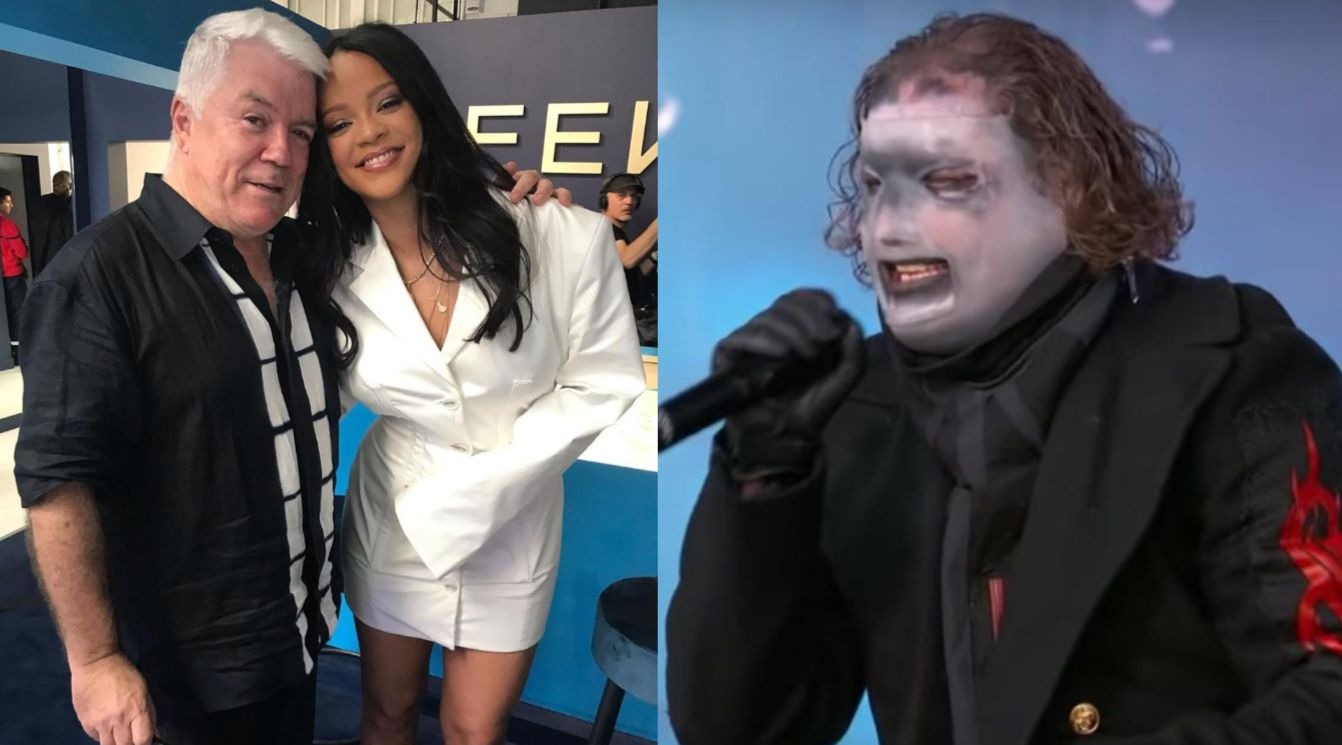 For you that does not follow the news of the world of fame, earlier this week, pop singer Rihanna opened a clothing store in Paris. And one of those present was Tim Blanks, editor-in-chief of the Business of Fashion website and a the pioneer of fashion journalism, who shared in his social networks the image below and said:

“The first time I met Rihanna, she told me her favourite band was Slipknot. SHE’s launching her fabulous new collection in Paris, but where are THEY now? #rihanna”

The first time I met Rihanna, she told me her favourite band was Slipknot. SHE’s launching her fabulous new collection in Paris, but where are THEY now? #rihanna

In November 2009, Nuno Bettencourt (Extreme’s guitarist) announced that he would be touring with Barbadian singer Rihanna on her Last Girl on Earth Tour as lead guitarist, having appeared alongside her in several TV shows and other performances. He has since performed as Rihanna’s lead guitarist on every subsequent tour, including her Loud (2010), 777 (2012) and Diamonds World (2013) tours, respectively.

He has also recorded a solo album as well as having founded bands including Mourning Widows, Population 1, DramaGods, The Satellite Party (headed by Jane’s Addiction’s then-former frontman and Lollapalooza co-founder Perry Farrell). In 2007 he also reunited with Extreme to record new music and tour.