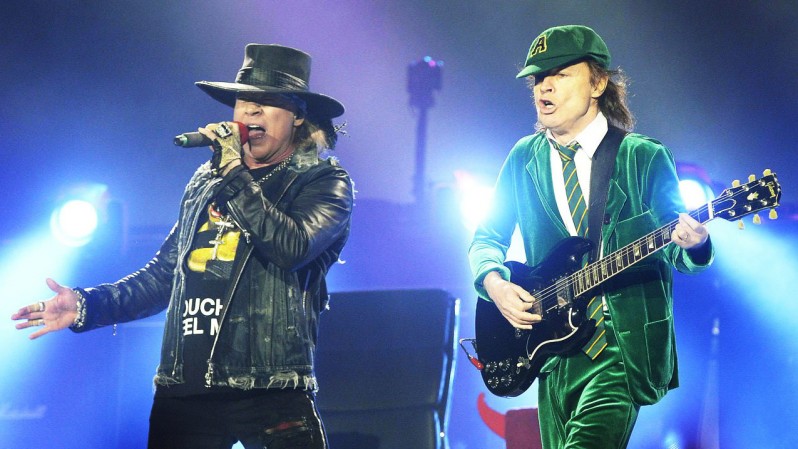 Murray Engleheart, one of the most respected Australian journalists specialized in music, considered an authority on AC/DC and author of books such as “AC/DC Maximum Rock and Roll: The Ultimate Story of the World’s Greatest Rock and Roll Band” and “Blood, Sweat and Beers: Oz Rock from the Aztecs to Rose Tattoo”, said that the band will continue with Axl Rose on vocals.

The journalist refers to the choice of Axl Rose to replace Brian Johnson, when the singer needed to take time out of the shows due to hearing problems. The controversial choice ended up being a great success, with the group presenting a tour full of crowded shows.

It is worth noting that Malcolm Young has not participated in the shows since 2014, when he was diagnosed with dementia and replaced on stage by his nephew Stevie.

Drummer Phil Rudd, with problems with the justice, also moved away, giving place to Chris Slade. And bassist Cliff Williams, retired in late 2016. The only remaining original member of the band is Angus Young.

Guns N ‘Roses still has a few shows in Europe until July 21, when the group performs in Gothenburg, Sweden. From there, Axl could go back to AC / DC if the plans really go forward.

The last studio album of the Australian band was “Rock or burst”, of 2014.