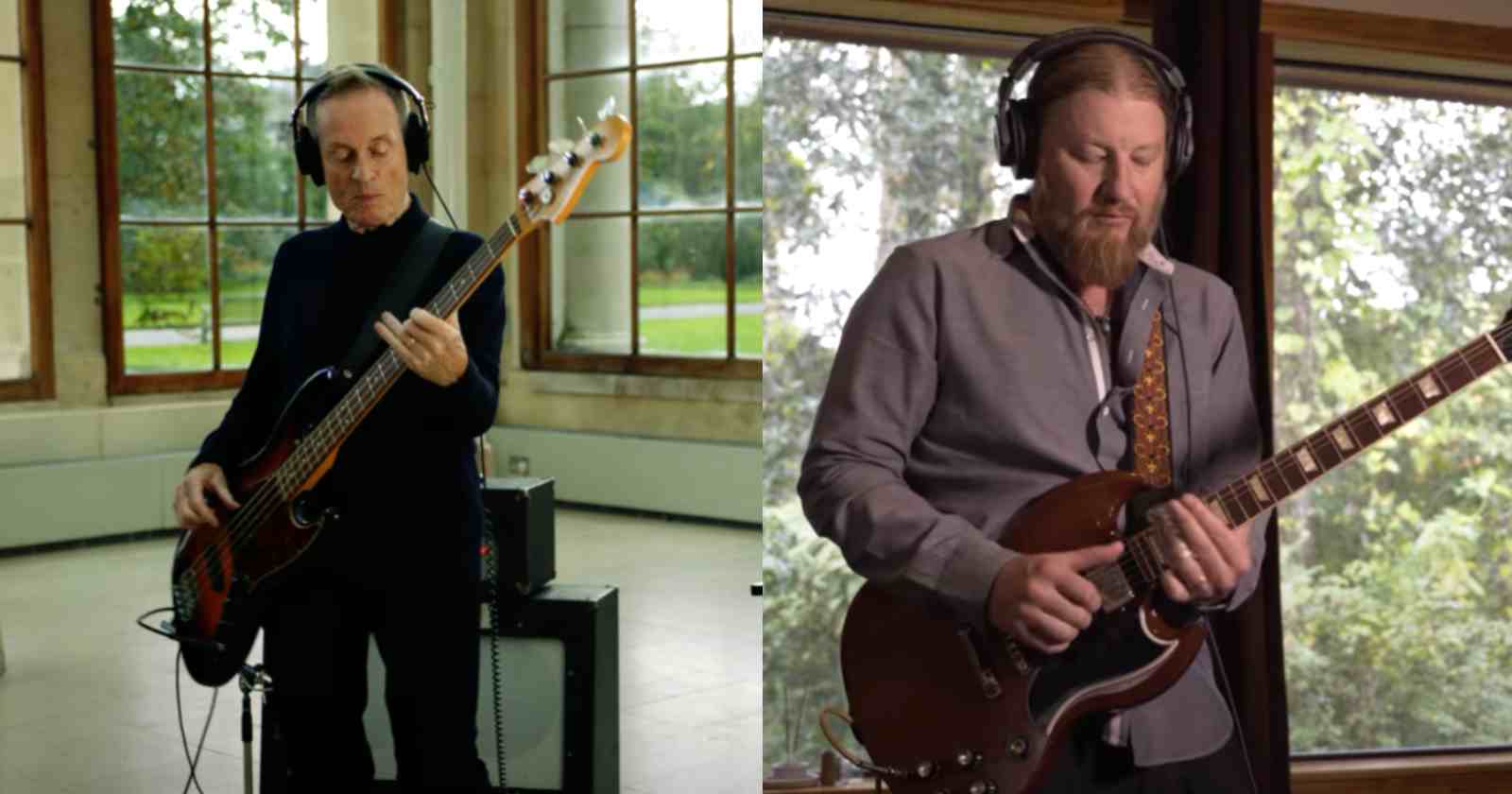 Images from "Playing For a Change"

The legendary Led Zeppelin bassist and keyboardist John Paul Jones was part of the of new version of the band’s classic “When The Levee Breaks” done for the project “Playing For a Change“, to where all funds generated from the song will benefit charity partners of Peace Through Music, including Conservation International, American Rivers, WWF, Reverb and the Playing For Change Foundation.

The song was originally written by Kansas Joe McCoy and Memphis Minnie two years after the famous Mississippi Flood back in 1927 and Led Zeppelin covered the track on their classic album “Led Zeppelin IV” (1971).

The video mixes John Paul Jones, Blues guitarist Derek Trucks and many other musicians from all over the world.

Watch John Paul Jones playing in the new version of “When The Levee Breaks”:

In an interview with Rolling Stone magazine, John Paul Jones talked about playing in the track, saying: “It’s a great cause, and I really liked what Sebastian and the team are doing. The videos are all so well put together, and a joy to watch.”

“It seems that little has changed since 1927, or even 2005 with (Hurricane) Katrina. It’s still a really powerful track, both musically and lyrically.” He recorded the bass at the Royal Botanic Gardens in England and said he already the part but in a differente sequence. Jones also revealed he played the main riff an octave lower, what in his opinion made it fit better sonically.

“It’s always interesting to hear what other musicians do with a piece. Obviously I had no idea what the other parts would sound like as we each recorded remotely. So it was a real thrill when I finally got to see and hear all of these incredibly talented musicians in the finished video.”