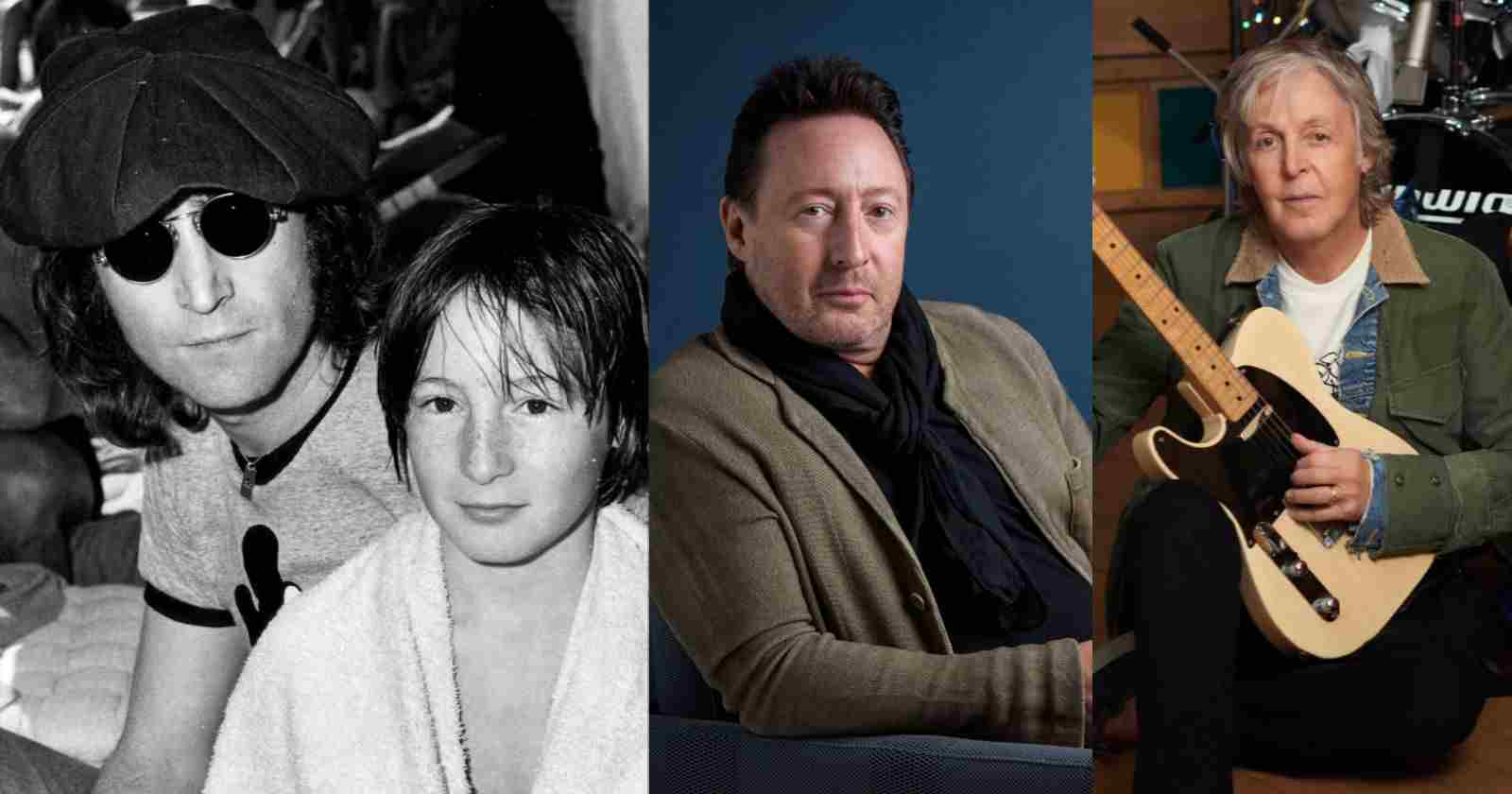 The Beatles guitarist and singer John Lennon talked in an interview with Spin Magazine back in 1975 about his relationship with his son Julian, that at the time was only 11. The musician said that the child was a Beatles fan and he felt like sometimes Julian wished that Paul McCartney was his father.

John Lennon said about his relationship with his son Julian:

How is it for an 11-year-old boy to have John Lennon as a father?

Does he talk about that to you?

“No, because he is a Beatle fan. I mean, what do you expect?? So I think he likes Paul better than me … I have the funny feeling he wishes Paul was his dad. But unfortunately he got me … It must be hard to be son of anybody. He is a bright kid and he’s into music. I didn’t encourage him, but he’s already got a band in school.”

“I call him and he says, “Have you heard Queen?” and I say “No, what is it?” I’ve heard of them. I’ve seen the guy … the one who looks like Hitler playing a piano … Sparks? I’ve seen Sparks on American TV. So I call him and say, “Have you seen Sparks? Hitler on the piano?” and he says, “No. They are alright. But have you seen Queen?” and I say “What’s Queen?” and then he tells me. His age group is hipper to music … at 11 I was aware of music, but not too much.”

All I know is that you took him to Disneyworld … right?

“Yeah, that was hell. Disneyland was better, the first time, in L.A., I took him there. Because I went with a gang, and there were a few of us who were flying a little. But Disneyworld — I was there on the most crowded day of the year, around Christmas or something. Seeing him is good. What we do is irrelevant. I went through a period of, “What are we gonna do?” and all that crap. It doesn’t really matter. As long as he’s around. Cause I don’t see him that often.”

Julian Lennon was born on 8 April 1963 at Sefton General Hospital in Liverpool to John Lennon and Cynthia Powell. He was named after his paternal grandmother, Julia Lennon, who died five years before his birth. The Beatles’ manager, Brian Epstein, was his godfather. Lennon was educated at Ruthin School, a boarding independent school in the town of Ruthin in Denbighshire in North Wales.

Lennon inspired one of his father’s most famous songs, “Lucy in the Sky with Diamonds”, whose lyrics describe a picture the boy had drawn, a watercolour painting of his friend, Lucy O’Donnell, from nursery school, surrounded by stars. Another composition of his father inspired by him was the lullaby “Good Night”, the closing song of The Beatles (also known as The White Album). In 1967, at the age of four, he attended the set of the Beatles’ film Magical Mystery Tour.

Lennon enjoyed immediate success with his debut album, Valotte, released in 1984. Produced by Phil Ramone, it spawned two top 10 hits, the title track and “Too Late for Goodbyes”, and earned Lennon a nomination for the Grammy Award for Best New Artist in 1985. Music videos for the two hits were made by film director Sam Peckinpah and producer Martin Lewis. After the album’s release, Paul McCartney sent Lennon a telegram wishing him good luck.