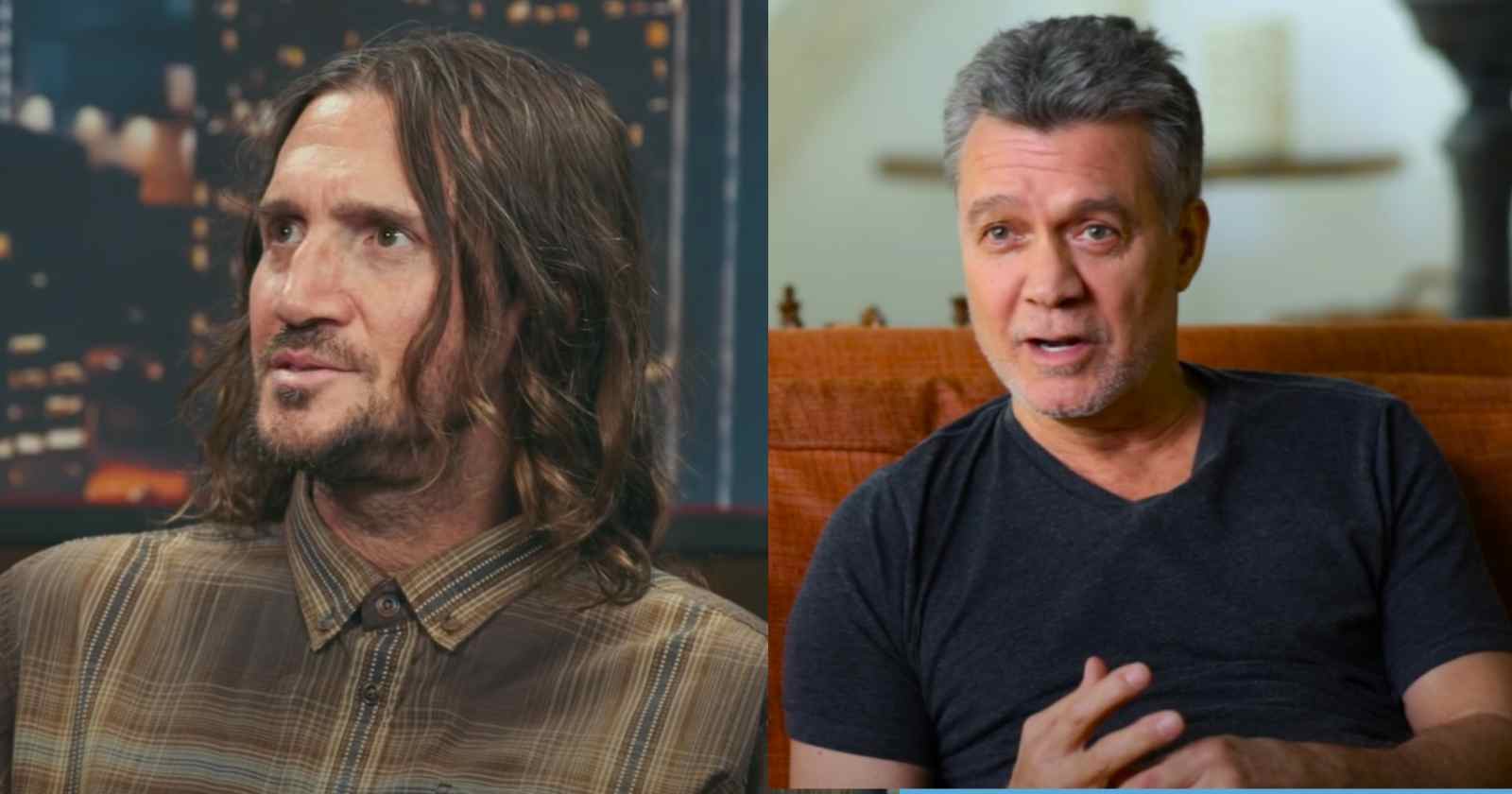 Guitarist John Frusciante returned to the Red Hot Chili Peppers in 2019, after 9 years since he had left the group. Currently promoting their latest album “Unlimited Love”, the guitar player talked in an interview with Guitar World about some of the music he was listening when he wrote his parts for the record and talked about the two legendary guitarists Eddie Van Halen and Randy Rhoads.

“I really love guitar players like Randy Rhoads and Eddie Van Halen for the way that they could make the instrument explode through hand and whammy bar techniques. But I also really like the way people like Greg Ginn or Kurt Cobain play without it being so much about technique. Although there are all kinds of unconventional techniques in there. But the focus is definitely a more visceral thing.”

“Eventually, by the time we were recording, my concept was to find a bridge between those two conceptions of the instrument: that idea of making it explode with the electricity of the human energy that comes through the strings.”

“Also, using the full range of the instrument in terms of the types of techniques that, while Eddie Van Halen and Randy Rhoads did a lot to develop them. I see them all as being rooted in what Jeff Beck did on Blow By Blow and Wired.”

The guitar used by Frusciante in the video for the hit “Dani California” is a copy of the one used by Eddie Van Halen in the 70s. He talked about that during the making of the video, saying (Transcribed by Rock and Roll Garage): “It’s actually mine. I bought it recently. It’s made to be like the one Eddie Van Halen is holding on the cover of ‘Van Halen I’. I wouldn’t say (that I am a) metalhead. But I like the best of the guitar players who played in fast, show-off style like Randy Rhoads, Steve Vai and people like that.

One of the most influential bands of the last decades, RHCP was formed in Los Angeles in 1983. They became one of the best-selling artists of all time with more than 100 million records sold worldwide. They were inducted into the Rock and Roll Hall Of Fame back in 2012 by Chris Rock.