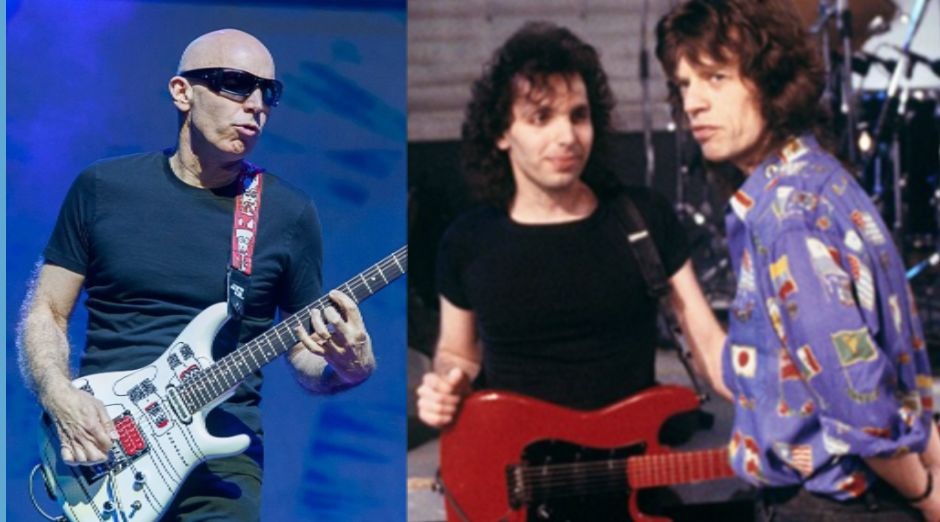 The guitarist Joe Satriani revealed to Q104.3 how it was joining Mick Jagger‘s solo band back in the 80s and how The Rolling Stones treated him back then.

“Yeah, that would’ve been, like, February of ’88. I just started touring as a solo artist for the first time of my life, and after three weeks I got the audition to join Mick’s band. And i passed it, and then suddenly my tour was canceled and there I was, staying at the Mayflower hotel, I think, by the park. I got to tell you, what a trip that was.”

“Because I grew up in New York and my view of New York was, where my father grew up, where my relatives were, in Spanish Harlem on 104th Street. And the museums, and then all the dingy clubs I played. I mean, it was a different view of New York City that I had.”

“I loved it, but I just got into trouble there. It was fun, but it was sort of down and dirty. And then all of a sudden, I’m in New York City. I’m staying at the Mayflower, everywhere I go it’s a red carpet. I’m hanging out with Mick and the guys in the band…”

“And it was like, ‘Wow, this is the other New York City I never got to see when I was growing up.’ I learned to appreciate the city a little bit more. But it was also a warning about how different kinds of life can exist at the same time in the same city for different people.”

“But it was so much fun. I’m holding Larry DiMarzio’s guitar. For people who don’t know, Larry invented the DiMarzio pickup and is the owner of DiMarzio. He lent me that Strat because I didn’t really have a guitar that was gonna work for that gig at the time.