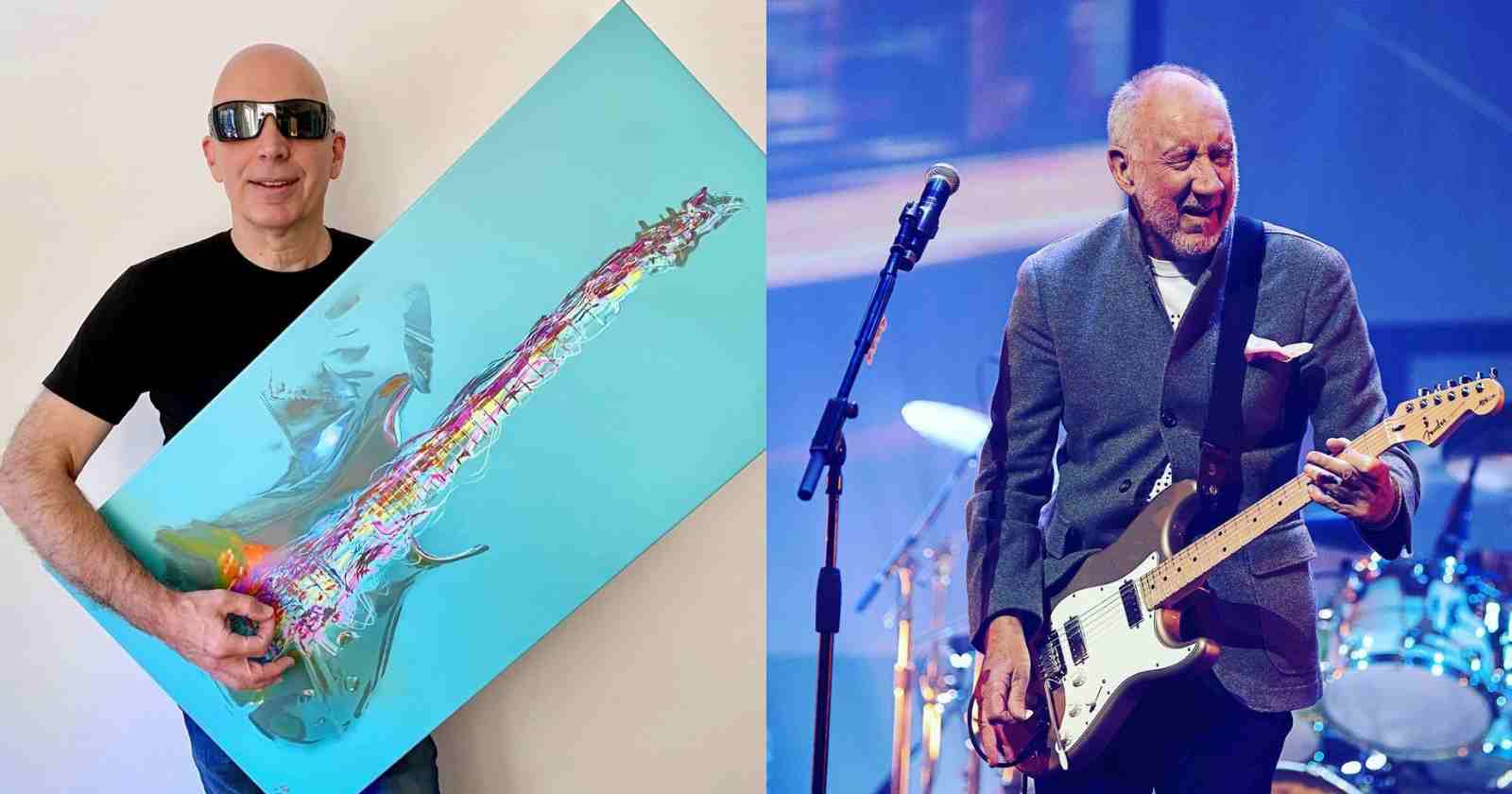 Born in Westbury, New York back in 1956, Joe Satriani became one of the most praised guitarists in the world. Besides his solo instrumental work the musician also played with Mick Jagger, Deep Purple and was part of the supergroup Chickenfoot. Before fame he also was notably the guitar teacher of the future Rock stars Kirk Hammett (Metallica) and Steve Vai.

Over the decades the musician talked about many of his peers, including the legendary The Who guitarist and main composer Pete Townshend.

Joe Satriani talks about influences and The Who’s Pete Townshend

In an interview with Tone Talk (Transcribed by Ultimate Guitar) in 2022, the musician recalled how he started to like music, his early influences and praised The Who guitarist and main songwriter Pete Townshend, saying: “I grew up listening to the music [that] my older siblings were listening to in the late ’50s, early ’60s. I didn’t start playing till 1970. I was a drummer when I was a little bit younger, when I was nine years old. So, I loved the Beatles and The Stones. Everything from 1966 on really started to build that foundation of what I thought felt [was] really great. Jimmy Page, Tony Iommi, Jeff Beck, Pete Townsend, Keith Richards…”

“I worked with Glyn Johns [producer]. I remember I would grill Glyn about working with Pete. So many times he shocked me, telling me that [on] some song I asked him about – Pete had played acoustic guitar *and* did the vocals, live, for the album. I’d be like, ‘What?!’

“A lot of people forget that performing for the audience and the tape machine in the studio is an art form unto itself. It’s a real specific set of talents, very different from just technical talents or being able to play difficult passages. It’s different than composing, remembering your steps, where your lighting cue is, and all that kind of stuff. But Pete was out of control. I mean, he just could really sell music and lift the spirits of the audience like nobody,” Joe Satriani said.

Besides being the band’s guitarist, occasional singer and keyboardist, Pete Townshend was the main songwriter in the group. He has written more than 100 songs of their discography, being a crucial member of the band, who helped them to become one of the best-selling artists of all time with an estimated amount of 100 million records sold worldwide.