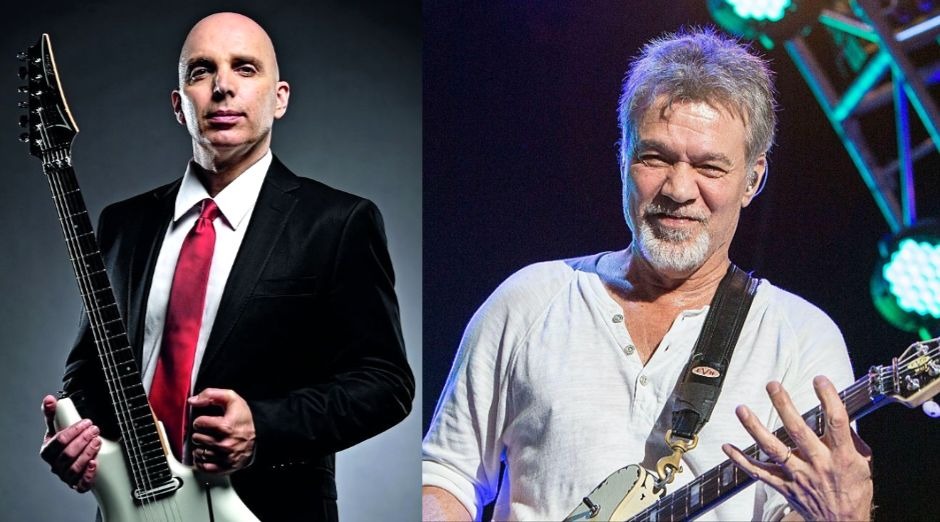 Guitarist Joe Satriani revealed in an interview with Rolling Stone what he thought when he first heard Eddie Van Halen playing. The subject appeared because the “Nineteen Eighty” from his new album Shapelifting was inspired by Van Halen‘s guitarist.

Joe Satriani said about what he thought when heard Van Halen for the first time:

“It’s an interesting little window into my memory of the period. I’ve been a guitar player since I was 14 years old and influenced primarily by Hendrix. So, by the time I get to the late ’70s and finished touring with a disco band through the US, I’m a little discontented and disillusioned by the music business as a young musician.

“I come out here to California to hang out with my older sisters. I spent some time in Japan. After that i come back to Berkeley, CA, and I’m thinking, ‘I just need to get rid of everything that I was as a musician and do something different.’

“And so I started this band – we were either called The Squares or Squares. I’m not sure we ever decided what we were called. But three guys who really shouldn’t have belonged together wound up being a band together.

“Jeff Capitelli, amazing drummer, he had just graduated high school. A new friend, Andy Milton, he was from Cleveland, Ohio, and he was really into Elvis Presley and retro stuff. And then here I come, I’m totally into Hendrix and fusion and bebop, and I’m classically trained from high school. And at the same time, I have a problem with authority, especially in musical terms.

“At the same time, Van Halen comes out, when I was feeling like people would try to get guitar players to be more mellow. And [Eddie Van Halen] just came out and said, ‘No, I’m gonna have a good time with this guitar.’

“And I just thought he was amazing, always smiling. It wasn’t doom-and-gloom shred guitars. In fact, the whole shredding thing didn’t start for another five years. It was still pretty swinging back then. So ‘Nineteen Eighty’ was really about that state of mind I had about what I wanted to do, but for some reason talked myself out of it in 1980. Thinking it was cooler to be a little bit more New Wave and downplay my musical chops.

“We were wondering, ‘How do you do that while displaying chops?’ And the answer is, ‘You don’t display chops, you downplay that stuff.’ ‘Nineteen Eighty’ was an expression of that positive attitude at the time.

“And when I was recording it, there was an Eddie Van Halen signature phaser pedal on the ground in my studio, and I looked at it one day, and I said, ‘I should plug that in.’ It’s like synchronicity, writing a song about 1980 and then you see a pedal that kind of embodies that sound.”