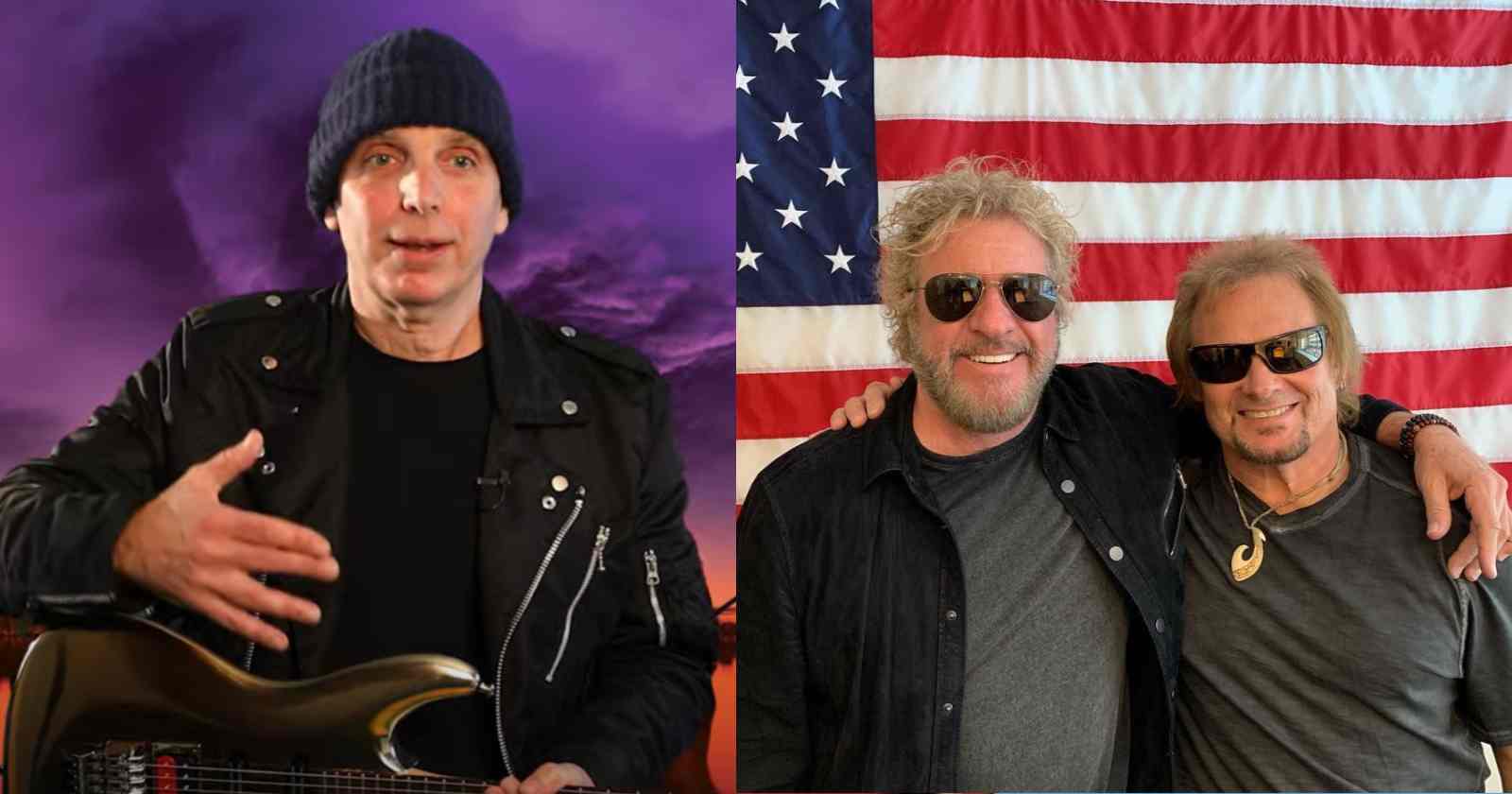 The idea for a Van Halen reunion to honor the legacy of the late guitarist Eddie Van Halen, who died at the age of 65 back in 2020 victim of cancer, was revealed last month by the ex-Metallica bassist Jason Newsted. The musician said that he was contacted by drummer Alex Van Halen to be part of the project, but he declined when he was afraid to be seen as a “money-grab”. Newsted also revealed that the virtuoso guitarist Joe Satriani was the chosen one of play Eddie’s parts and the guitar player has now been talking about the subject in many interviews.

In a conversation with VW Music, Satriani, who is currently promoting his latest album “The Elephants Of Mars”, talked once again about the project. He said that it wasn’t supposed to be revealed because it might never happen, but he gave a new information that many fans were expecting. According to him, the ex-Van Halen members Sammy Hagar (Singer) and Michael Anthony (Bassist), who were not part of the last reunion of the band were contacted this time.

“We were not supposed to talk about it, because it may never happen. Obviously, you know, Sammy (Hagar) and Mike (Anthony) were contacted. But I don’t really know what’s going on behind the scenes there. I can’t say I know exactly what’s going on. I do know that Jason (Newsted) was called at one point. He was told — like I was — to not talk about it, because it may never happen. So we were all shocked when he went public because he certainly wasn’t supposed to. It’s only caused grief in the family, which is not nice, you know?”

“So, yeah, that’s all I can really say about it. I don’t know much more today, to tell you the truth. I do know that for the next year and a half I’m probably on tour starting in September, just doing ‘The Elephants Of Mars’/’Shapeshifting’ combo tour.”

“So, whatever comes with this, it’s sometime in the future. I mean, in a way, now that the cat’s out of the bag, at least I don’t have to feel like I’m keeping something from people, you know?”

What David Lee Roth said recently about the reunion

David Lee Roth who had announced his retirement last year, talked with Van Halen News Desk recently about the possibility of a reunion. But as in many of his statements over the years, it’s not possible to really know if he is joking or saying something serious.