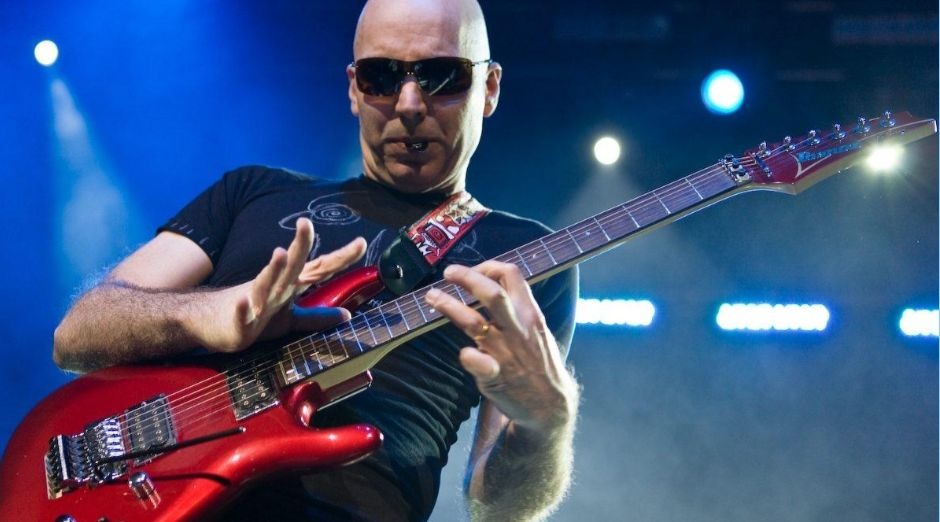 Joe Satriani made a live with answering fans questions on Facebook recently and revealed his favorite band of all time. Also, he explained why is so important for guitarists to learn how to play the piano.

“I get that question a lot, it seems like journalists in the UK were asking me questions like that, and I’m thinking, you got to have some sort of parameter, criteria, there.

“Like, is it a band that’s still together, is it a band that plays live as still a band like The Rolling Stones or something like that? They got to be one of the top, best bands ever because they’re still the same band and they still go out and play the music in the same way.

“They haven’t become something else, broken up, re-formed with only one original member, so it might be The Stones, really.

“There are so many bands, hundreds that have been the ultimate version of themselves for a brief period of time. You think about a band like Cream, I’m thinking about these older bands, but in their day, The Who, Cream, Led Zeppelin of course, just amazing.

“I was just listening to ‘How the West Was Won’ – I mean, [Jimmy] Page is just one of my heroes; he just goes for it, he’s such a live, passionate player, and somehow, he’s an amazing producer at the same time – they don’t usually go together. So much fun listening to these guys.”

About how important it is for a guitarist to learn how to play the piano, he said:

“The thing about the guitar is that it’s convoluted, it’s all mixed up, and the piano is all laid out, left-to-right, linear, so you don’t have to learn to play it – but maybe you’re onto something there.

“Just the idea that if you can look at the keyboard and you can see how scales and chords relate to each other, that might help you unlock the geometric oddness of the guitar because, you know, on the guitar, the same note can be played in a bunch of different places.

“Tuning of the strings is a bit odd as well; the keyboard’s always there, same one note, one place. It does really help also because you can play a note on your keyboard, bass note, and you can play a few notes up here that are part of one scale, and you can go, ‘Oh, okay, I get the difference now.’

“And you just listen to the difference of the feeling of it against this bass note, how that makes you feel, when would you use any of these scales to project a feeling, a story, a situation, a person or place, a fantasy, whatever.

“That’s kind of like why I think the keyboard can help with because sometimes it’s a little awkward on the guitar. Keyboard, you can kind of see it graphically better, because everything’s always in the same place.

“When you remove your technique from the learning process, you can learn in a more open way. Playing your guitar, of course, you’re always thinking, you’re comparing yourself to other guitar players, and that comparison is the thief of joy.

“I didn’t make that up, I think Theodore Roosevelt used to say that; I don’t know where he learned it, but think about that. Comparison is the thief of joy, I often think about that because if you compare yourself to other players, it’s an endless loop.

“It’s better just to concentrate on what makes you happy, what you love, and just keep working on it, don’t worry about it, just enjoy it.”