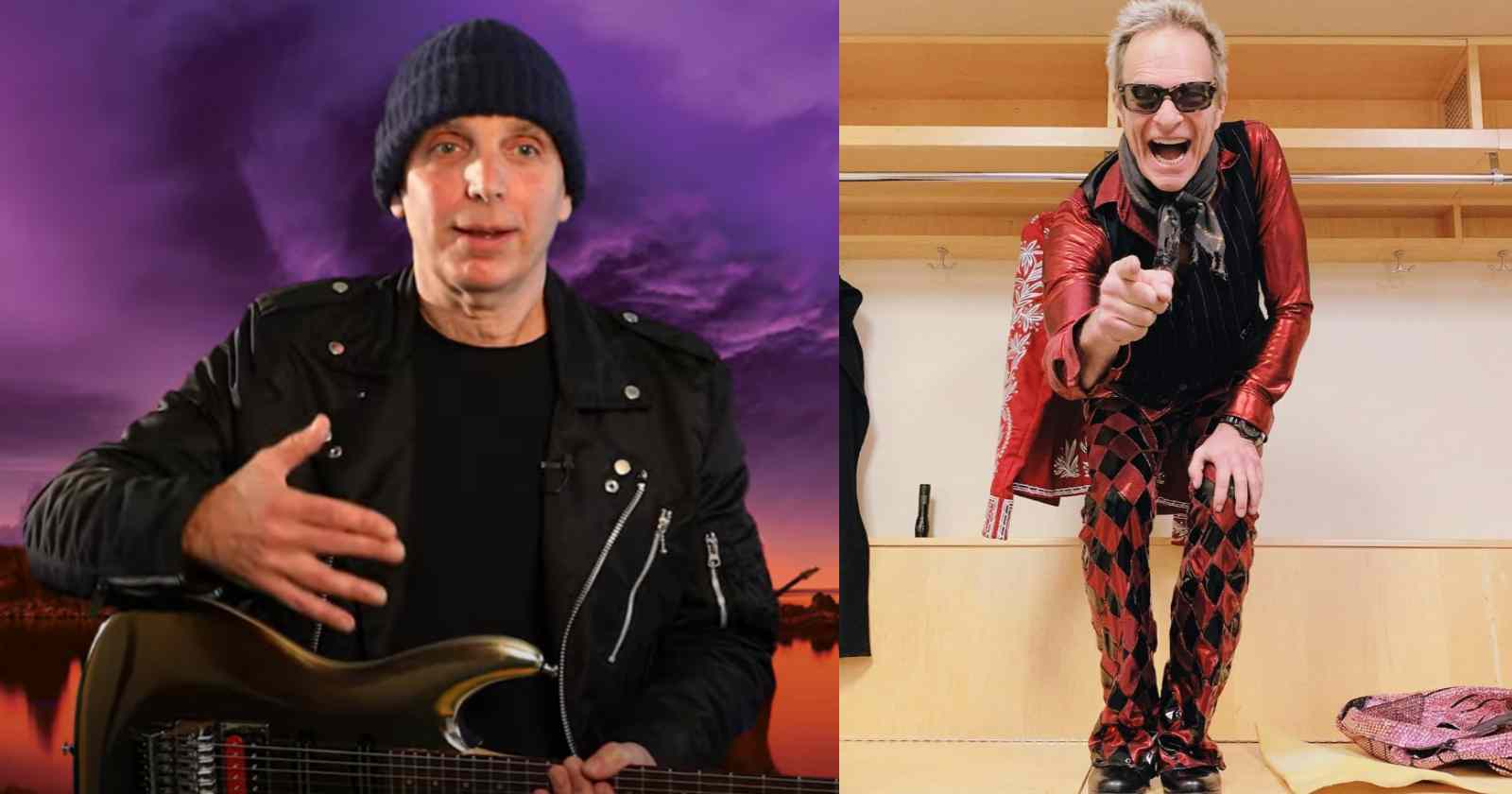 The virtuoso guitarist Joe Satriani and original Van Halen singer David Lee Roth talked about the possible Van Halen reunion that was revealed without permission by the Ex-Metallica bassist Jason Newsted, who was invited to be part of the tour but then changed his mind becaus he didn’t want to be seen as a “money grab”. David Lee Roth who had announced his retirement last year, talked with Van Halen News Desk about the possibility of a reunion. But as in many of his statements over the years, it’s not possible to really know if he is joking or saying something serious.

Guitarist Joe Satriani, who worked with two Ex-Van Halen members Michael Anthony and Sammy Hagar in Chickenfoot,  said in a conversation on “Rock Of Nations With Dave Kinchen” show (Transcribed by Blabbermouth) that he was shocked when he first heard that Jason Newsted revealed the project. “I’ve been talking with Alex and Dave for about a year about doing something — a tour, something like that. That was gonna be a true tribute to Eddie and the Van Halen legacy.

“For me, it was a terrifying prospect of doing something like that. But I realized that it was something that would be a real labor of love for me. I was just so honored to take on the challenge. It’s very complicated. All I can really say about it is that if it does happen, I know we’ll make it the greatest thing ever for the fans. We’ll all celebrate together not only the great Eddie Van Halen but the legacy that that band created. The amazing amount of music and the goodwill and good vibes they created as a band.”

“These things are always happening in the music industry, and you’re supposed to keep very quiet about it [laughs], because sometimes they don’t work out. There’s usually about 10 crazy ideas that float around. Musicians are always, like, ‘Okay, I won’t say anything about this ’cause it may not work out. I don’t wanna hurt this person’s feelings or disrupt any other business plans.’ So, yeah, we were all pretty shocked that Jason wanted to go public with it ’cause we were all sworn to silence. [Laughs]”

“I have to say that just getting to know Alex has been really wonderful. He’s a great human being, and, obviously, I can’t imagine losing a brother that way, so soon. They were really close. Their relationship was really quite unique. I don’t know Dave that well. I think I’ve only met him once. Maybe when Steve (Vai) invited us to see the David Lee Roth tour. I was in Australia with Mick Jagger at the time. So we all went; it was quite an experience. But, yeah, I’ve only spoken to Dave on the phone a number of times over the last — I don’t know — 25 years or so. But he’s David Lee Roth; they’re Van Halen. It’s a big deal.”

“Like I said before, if it ever does happen, it will be a great honor and a terrifying challenge. Eddie, you can’t reproduce what he did. You can’t. You can learn the notes and you can be taught all the fingerings and get the gear and everything, But there was only one Eddie and he was the epitome of an original genius. But if it does happen, I know that Alex will make sure that it’s the right way to do it.”

The musician also said that it would be “pretty daunting” to represent many eras of Van Halen, because Eddie Van Halen’s guitar playing progressed a lot over the decades.