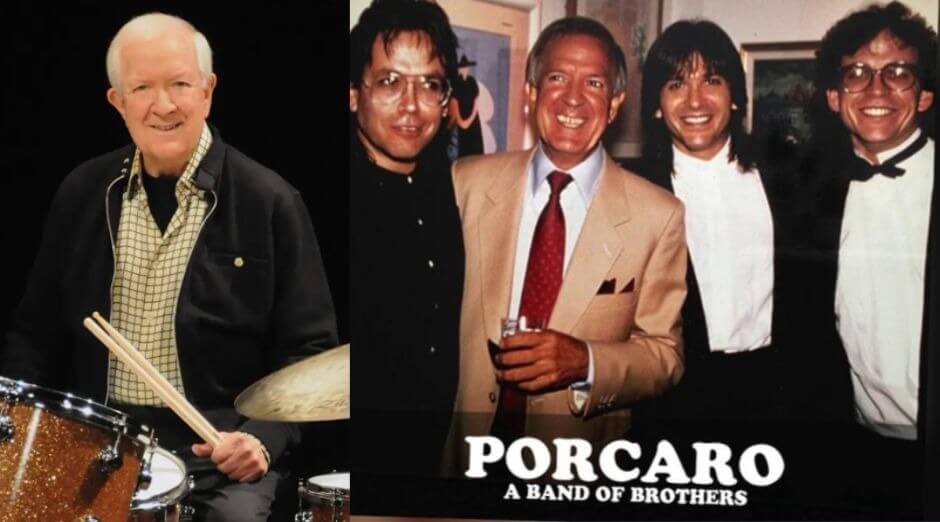 The veteran jazz drummer and father of three Toto members, Joe Porcaro died at 90. The information was revealed by Steve Porcaro (Keyboardist) that said his father died peacefully in his sleep on July 6.

“The Porcaro Family is heartbroken to announce the passing of our beloved Patriarch, Joe Porcaro. Surrounded by his wife Eileen and his family, Joe passed peacefully in his sleep on July 6 at 11:37 PM”

“Please allow a few days before reaching out with phone calls and texts. Given the enormous amount of people who Joe considered family and whose lives Joe has impacted, it would be overwhelming to respond just now. Please know that we so appreciate your love, thoughts, friendship and can’t wait to celebrate his amazing life with all of you.”

He was one of the founders of the Los Angeles Music Academy (LAMA) in Pasadena, California. Now called the Los Angeles College of Music (LACM). In addition, three of his sons were part of the Classic Rock band Toto: drummer Jeff Porcaro (1954–1992), bassist Mike Porcaro (1955–2015), and keyboardist Steve Porcaro (b. 1957).

He also worked as a sideman with Toto on the albums:

Toto had one of the most emblematic and surprising career ending of recent times. The band’s activities were interrupted. Apparently, permanently. As a result of a lawsuit filed by Susan Porcaro-Goings, widow of drummer Jeff Porcaro, who died in 1992.