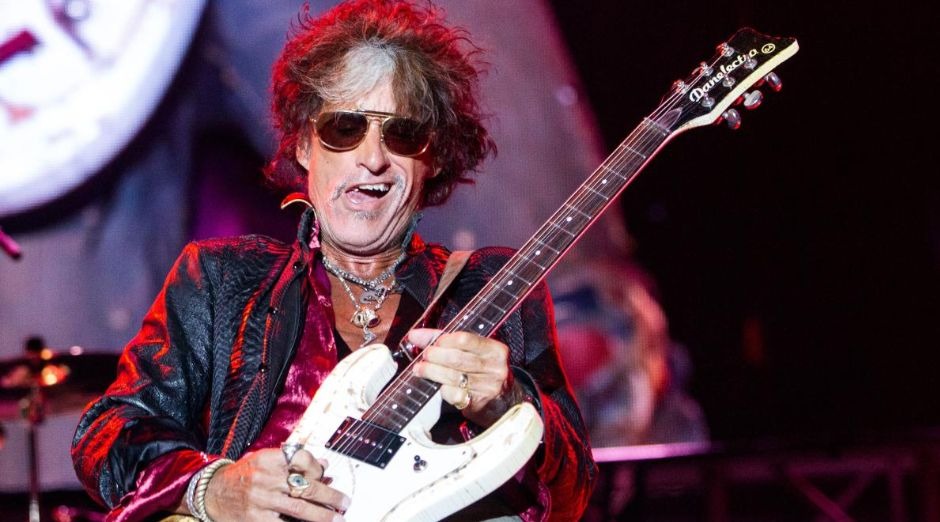 Aerosmith legendary guitarist Joe Perry talked to StarTribune about the current state of his health eight months after he was hospitalized after a guest appearance in a Billy Joel concert. Two years before, the musician collapsed during a Hollywood Vampires gig. Since then, speculations about his health were raised.

“I’m doing really good. I don’t have any problem now.”

His collapse in 2016 at a Hollywood Vampires gig was due to “over-the-top fatigue,” he said.

About the incident on Billy Joel’s show, Perry said he “couldn’t get my breath and I had to sit down. The next thing I know I’m getting oxygen. They call it COPD [chronic obstructive pulmonary disease]. It’s caused from smoking for years.”

“I quit smoking. I haven’t had a drink since that night. I’ll be around for a while.”

“We’re just getting settled into this [Vegas] thing, and I’m hoping the continuity of playing together like this is going to point the way for us to get back to the studio. I’d like to see another album or at least a couple more songs. I know it’s there.”

He also talked about Hollywood Vampires:

“I like the hours. “Sleep all day, up all night. Except Alice. He plays golf four or five times a week.”

Because Depp has acting commitments and Cooper tours with his own group, Perry said it’s challenging to get this “very exclusive gang” together. But they love hanging out and making music.

“This new record, I haven’t liked a record like that in a long while”.