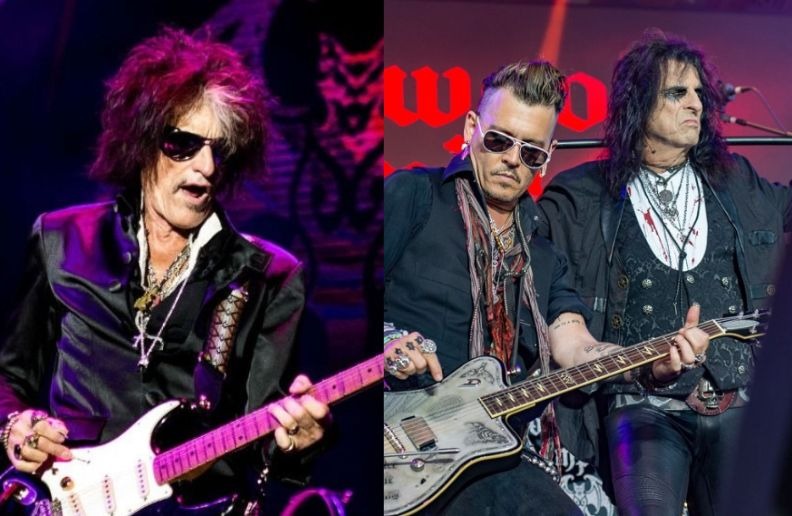 During a recent appearance on Q104.3 New York, Aerosmith guitarist Joe Perry shared an update on the new album from Hollywood Vampires, the supergroup he’s part of alongside Alice Cooper and actor Johnny Depp.

“Last month, I think, Alice had about three songs left to sing. He’s done that and now we’re just in the process of mixing it and getting it mastered and then figuring out how we’re going to release it. We’re hoping to put a tour together sometime in the summer next year.”

“Steven [Tyler] and I will get in the studio and start some new stuff going. We’ll do it, we want to put across some of these songs that really made our bones back in the ’70s, we want to put those across the way they’ve never been done before, with that kind of energy.”

Can you think of a song with all the various bands that you work with and have worked with over the years, where you recorded a song and there was a mistake, and you were like, ‘You know what, leave it in.’?

“I can’t think of the song, but I can think of that happening at least four or five times the last time I was in the studio. I can’t remember the exact song or the place.

“It’s like somebody hit the wrong button. They’re all set to go and change it, and it would be, ‘Leave it in.’ Because it’s brilliant, and I call it ‘the found sound.’ It could be magical at times.”