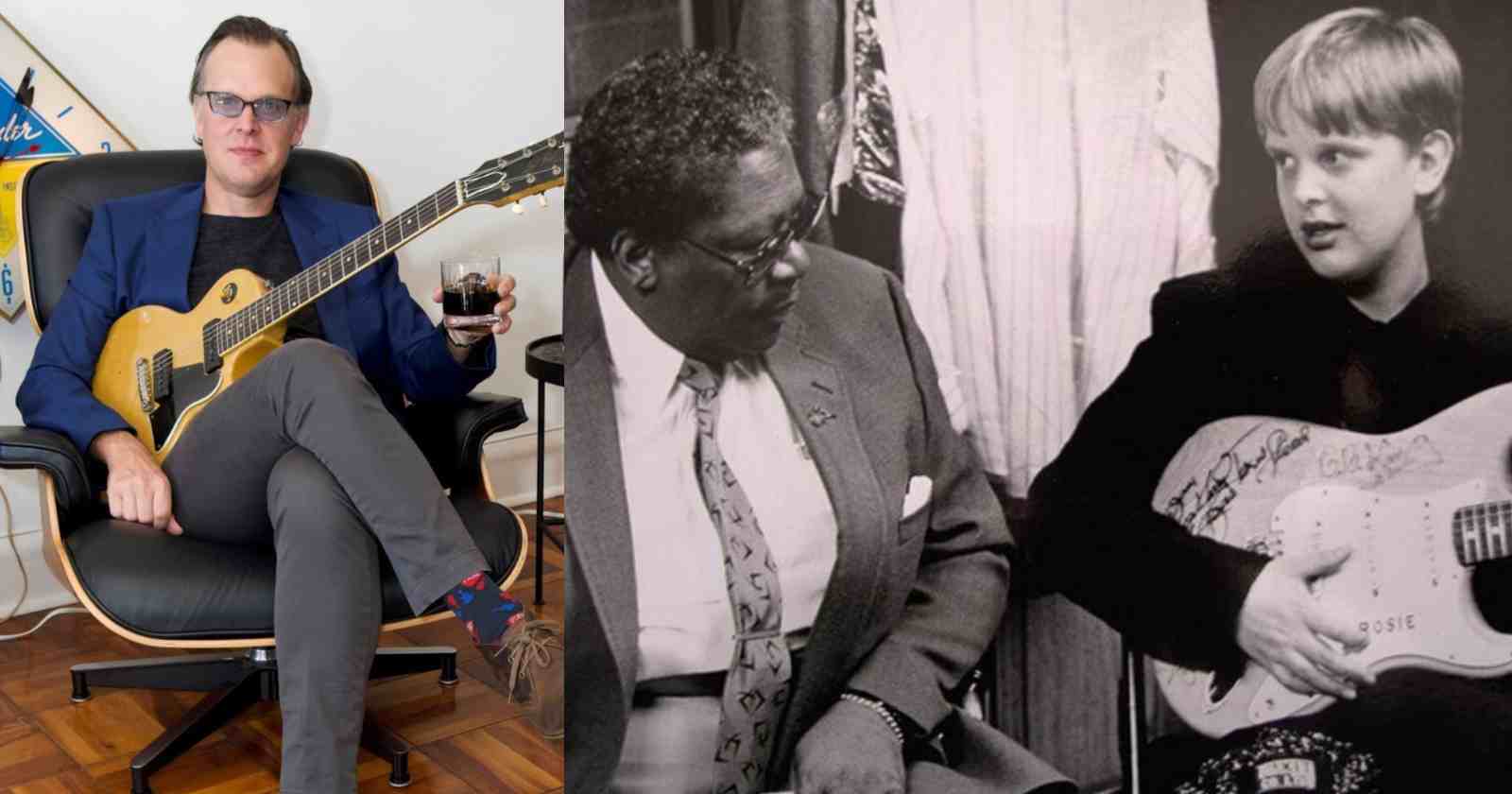 Guitarist Joe Bonamassa recalled in an interview with Musicians Hall of Fame & Museum that when he was only 12 and performing with his band, the legendary Blues guitarist B.B King saw him playing and later invited him to open some of his concerts.

Joe Bonamassa recalls when he was only 12 and B.B King saw him playing:

“I was making a little bit of a name for myself in Upstate New York- this is before the internet. So there was always like word spread in different ways. Really, it was word of mouth. And I’d done a couple of pop-in shows – not shows, like, guest stars. Like, the local, a guy named Tom Townsley played harmonica and hosted a blues show would have me come in on the blues show and I would play too many notes.”

“But he would play harmonica with me, and then he’d have me sitting with his band and then there was a guy named Midnite Mike, his name was Mike Grimaldi – typical Upstate New York Italian name. He would go by Midnite Mike, and I believe it was The Blue Tones or whatever, and he would have me sit in.”

“Next thing you know, I would start drawing a crowd knowing that I would be sitting in. Then the newspaper would kind of pick up on it, then I got booked to open up for BB King, and a couple of months after I did my first headline show.”

“It was just because the promoter knew that in that region I was drawing a crowd. We got booked at the Lilac Festival in Rochester, and we all know Mr. King and how he used to roll… BB would come in at the end, his bus would roll in about a half-hour before his gig, and then he’d play, and then he’d meet people… But on this particular day, he flew in, he was there early, and his tour manager, Sherman [Darby], told him, ‘Hey, you know, you have a 12-year old kid open up for you.’ ‘OK, well this I got to see!'”

“The next thing you know, I’m halfway through the show, 45 minutes or whatever. I look to my left and there he was, big red sparkle coat, big sunglasses – it’s BB King, same guy as ‘Live at the Regal.’ I kind of froze… I was like, ‘Oh my god, look at that!’ And he invited me to his dressing room after my show, he said, ‘How did you get into the blues?'”

“I was like, ‘Well, after my first communion, I got some money, and I went to Camelot Records and I bought Steve Morse, ‘The Introduction,’ and BB King, ‘Live at the Regal…” So I was well into BB at that point, and I told him the story, and he just started laughing. He goes, ‘I really like what you’re doing.’ He kind of stayed in touch through his manager, and he invited me on a tour.”

“We would do shows with him when he would come through the region, like Upstate New York, East Coast, wherever we could travel to. Because we were in a family car, so was the band. It was just that kind of organic friendship that lasted 26 years,” Joe Bonamassa said.