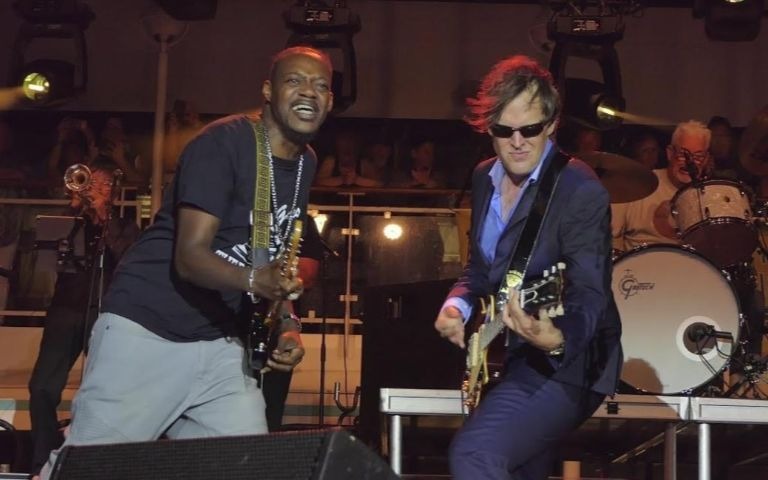 In an interview Joe Bonamassa revealed which is the best Blues-rock guitarist of the scene nowadays, praising the talented Eric Gales. The musicians played together at the Keeping the Blues Alive Cruise.

“Our best ‘Ballad of John Henry’ of all time. Thank you to Eric Gales for showing us all how it’s done! You are the best guitarist in blues rock and that the world has right now. Epic in every way!”

Watch they performing below:

Eric Gales (born October 29, 1974), also known as Raw Dawg, is an American blues-rock guitarist, originally hailed as a child prodigy. As of 2019 Gales has recorded eighteen albums for major record labels and has done session and tribute work. He has also contributed vocals on several records by the Memphis rap groups Prophet Posse and Three 6 Mafia under the name Lil E.

Gales picked up the guitar at age four. His older siblings, Eugene and Manuel (Little Jimmy King), taught him songs and licks when he was young, in the style of Jimi Hendrix, Albert King, B.B. King and others.

In 1985, the young Gales began to play at blues competitions with his brother Eugene backing him on bass. Although Gales plays a right-handed guitar “upside-down” (with the bass E string on the bottom), he is not naturally left-handed; he was taught by his brother, who is left-handed, and never second-guessed the untraditional technique.