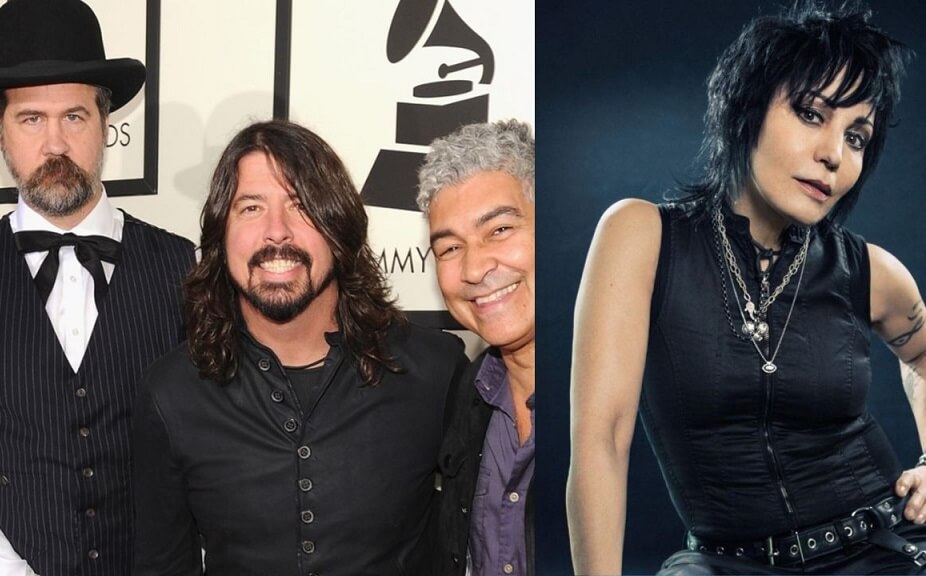 Joan Jett said she would be open to making more presentations with Nirvana members if they wanted to. The veteran singer and guitarist has performed with Dave Grohl, Krist Novoselic and Pat Smear (who toured with the band on their last shows) on three occasions.

In 2014 she was one of four invited to sing with the band when the trio entered the Rock and Roll Hall of Fame (their song was “Smells Like Teen Spirit”). In the same year she also did the vocals in five songs in a secret show, which was filmed professionally, but until today it has not gained official release.

The new meeting took place a few weeks ago during the Cal Jam Festival, organized by Grohl, current guitarist and vocalist of the Foo Fighters. This time she sang and played three songs. In the other three, who assumed post that belonged to Kurt Cobain (1967-1994) was the leader of the Deer Tick John McCauley.

See the presentation below:

Speaking to the NME, Jett said she felt honored to be invited to these honors. About the Hall of Fame she said it was scary, but “at the same time, how can you say no as a fan of Nirvana?” She recalled, saying that she had done well on the mission. So she felt more comfortable to sing with them on other occasions.

About the chances of a new reunion, Jett said that if they wanted to do more shows and wanted her to be part of the concert she would be honored to accept the invitation. “It’s very heavy, because Kurt’s fans are very intense and it’s a big burden to take on. You can never be sure you’re doing the right thing, but you can only do your best. ”