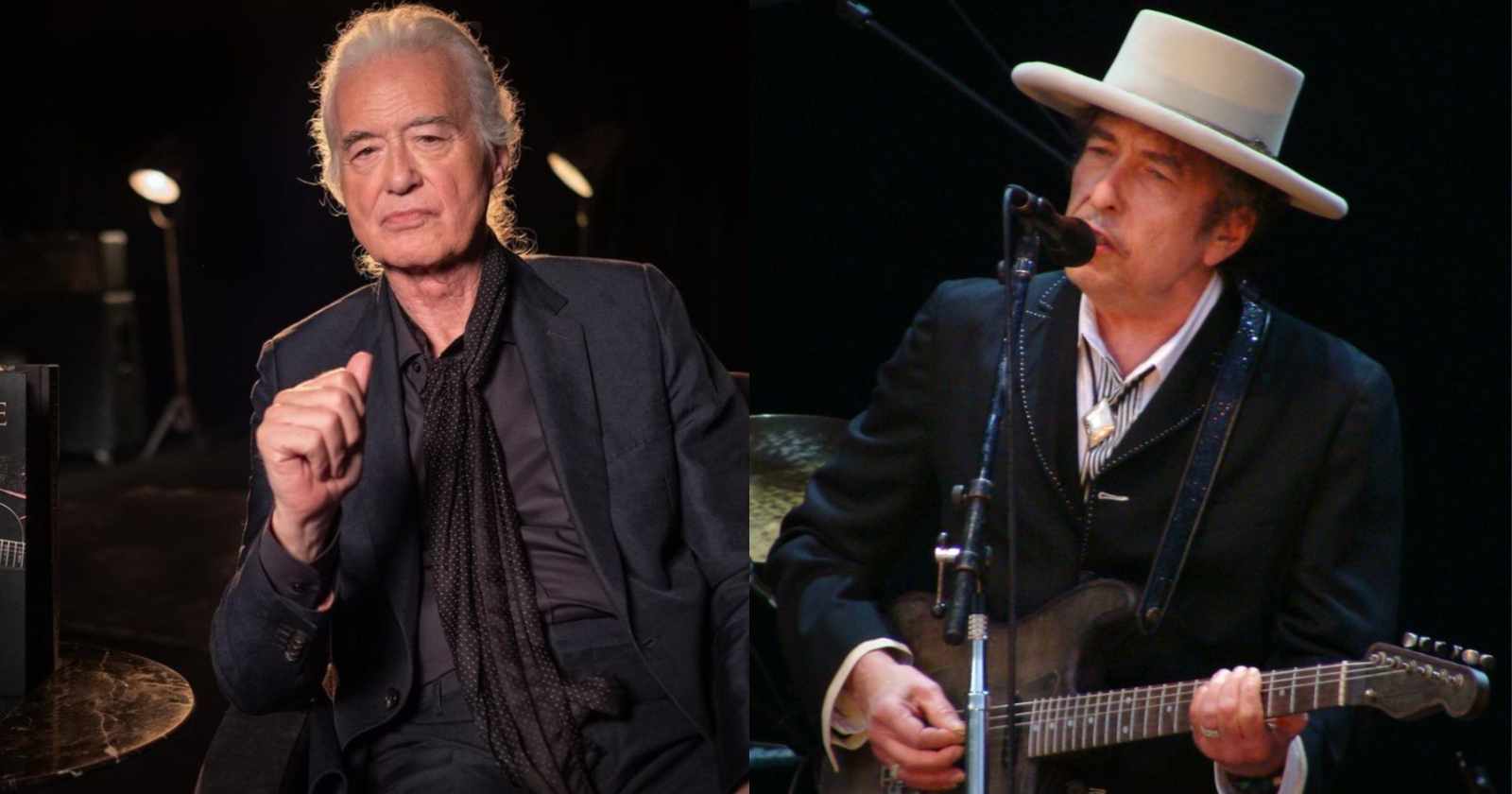 The Led Zeppelin co-founder and guitarist Jimmy Page recalled in his social networks the experience of watching the legendary Bob Dylan live in concert over the decades. The British musician shared his memories of seeing the Folk legend live in 1965, in 2013 and in more recently in 2022.

“In May 1965, I experienced the genius of @bobdylan at the Royal Albert Hall in London. He accompanied himself on acoustic guitar and cascaded images from such songs as It’s Alright, Ma (I’m Only Bleeding), Chimes Of Freedom and She Belongs To Me to a mesmerised audience. It was life changing.”

“On this day in 2013, Bob Dylan played at the Royal Albert Hall again. This was the first of three nights. When he would feature songs from his latest album Tempest and some re-arranged earlier material including She Belongs To Me. It was intoxicating. I attended this concert with poet @scarlettzsabet (Jimmy’s girlfriend).”

“Recently, in October 2022, I had an invitation to see Bob Dylan at the London Palladium. He played piano on this evening: really featuring his playing. Unveiling many styles of his technique and melody lines that counterpoint the vocals. He performed material from his latest album, Rough And Rowdy Ways. His voice was really strong and his phrasing was unbelievable.”

“Midway through the show, he gave a namecheck to me from the stage which was an unexpected surprise to process from an incredible show from the incredible showman!” Jimmy Page said.