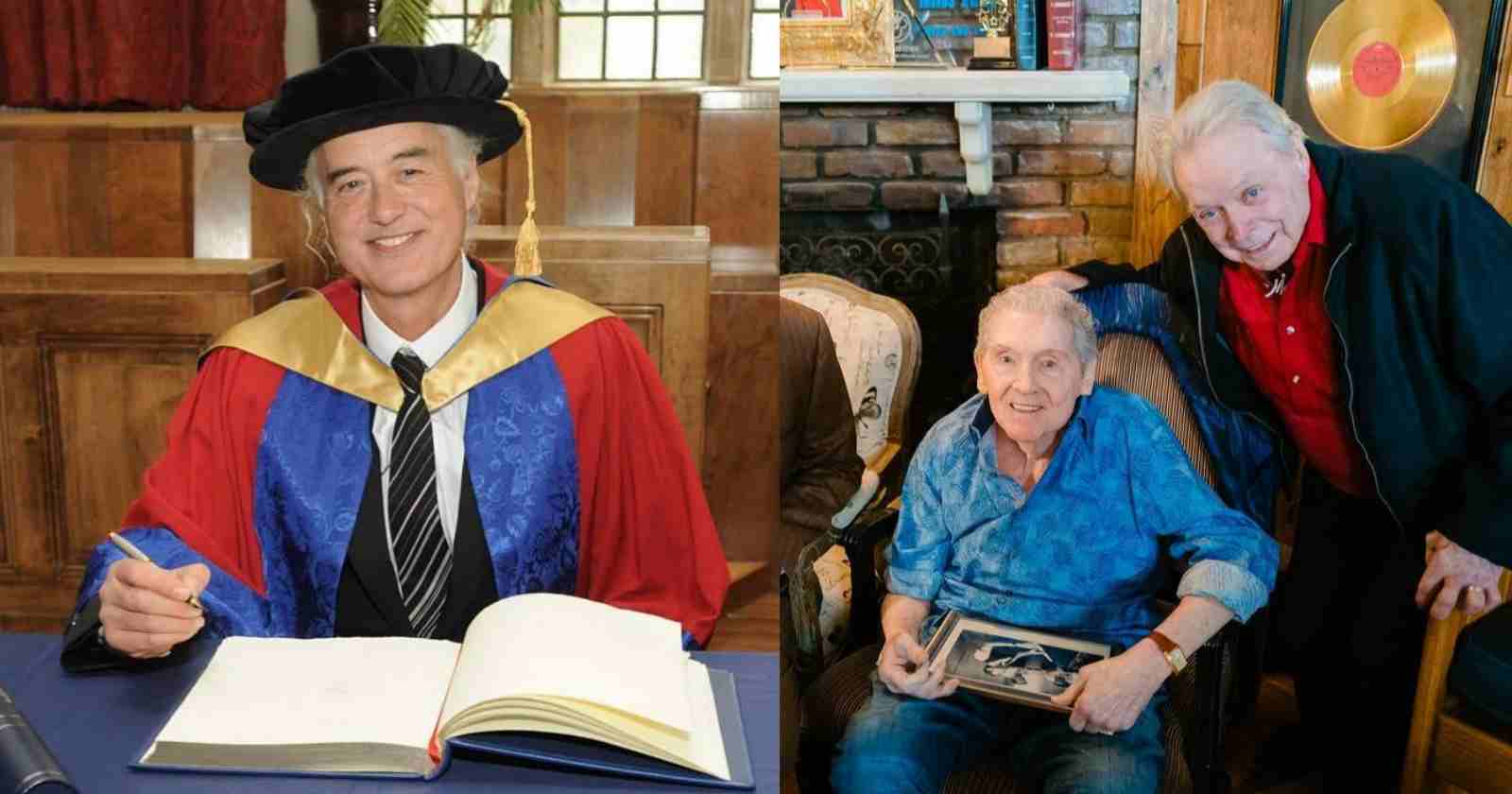 Born in Ferriday, Lousiana, United States back in 1935, Jerry Lee Lewis is considered one of the most influential pianists of the 20th century that became known as one of the pioneers of the use of the piano as a “wild” instrument in Rock and Roll music. Over the years he collaborated with many other famous artists and one of them was the legendary Led Zeppelin guitarist Jimmy Page.

Page recalled on his Instagram the experience of performing on a Jerry Lee Lewis track, when the American artist covered Zeppelin’s “Rock and Roll”.

On this day (September 26) in 2006, Jerry Lee Lewis’s album ‘Last Man Standing’ was released. I had been asked to appear on the Jerry Lee Lewis album, ‘The Last Man Standing’. Steve Bing was financing, Jimmy Rip was producing and they wanted me to overdub guitar parts and solo on a re-recording of Led Zeppelin’s ‘Rock and Roll'”.

“When I had just hit my teens, it was from Rock and Roll pioneers of the 50’s like Lewis and the likes of Roland Janes (the guitarist that played on the early Sun sessions with Lewis) that I learned to play – for these were the guys that really kicked things off. I was really determined to throw in my best performance for Jerry Lee, I owed him that.”

“During this period, I had been rehearsing with some musicians when Jimmy Rip arrived to engineer my contribution. I had thought my performance might be recorded in this ambient setting. But instead I had to plug into the computer to record my bits. I could hear Jerry Lee in my headphones belting out a hot version of ‘Rock and Roll’, somehow I just didn’t pull it off the way I’d hoped. The experience left me thinking that I’d have liked to have been in the studio on the original session with The Killer!” Jimmy Page said.