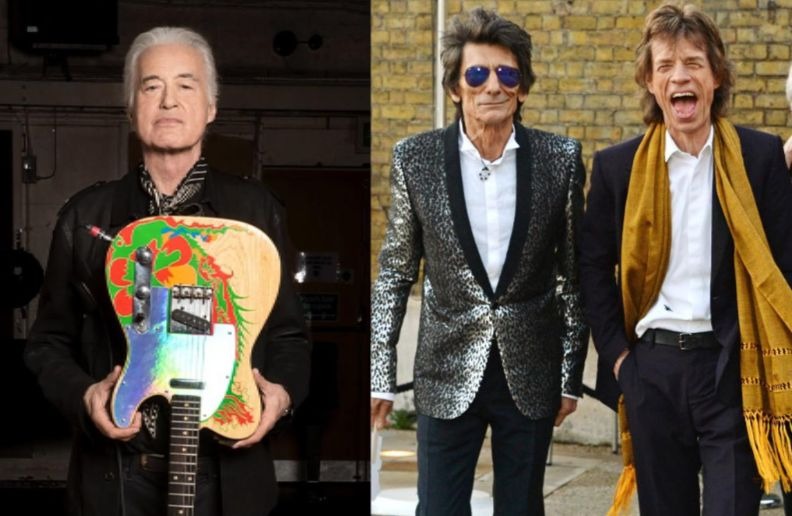 Last March 24 marked the 33 year anniversary of the Rolling Stones’ Dirty Work album, which featured a number of appearances. One of them is Led Zeppelin’s Jimmy Page.

At the time of recording the album, the band was split between Keith Richards and Mick Jagger, as both leaders of the group wanted different directions for the material of the band. Because of this, it was rare for the days when all the members were in the studio, thus making the presence of several other musicians necessary.

Page was eventually invited to play “One Hit (To The Body),” and in the last month he shared some of the experience in a post on his Instagram.

“[Ronnie Wood] got in touch with me while I was staying at the Plaza Hotel in New York and invited me to go to the studio and record some guitar on a track by [Keith Richards]. I was really ready for this idea, since I had worked in the studio before on a track playing with Keith in Ronnie’s studio at The Wick in Richmond, England.”

“In fact, the session didn’t go to Keith’s album, went to [the Rolling Stones], and I recorded several solos along the track. I think it worked very well. Keith gently sent me a magnum bottle of champagne after the session.”