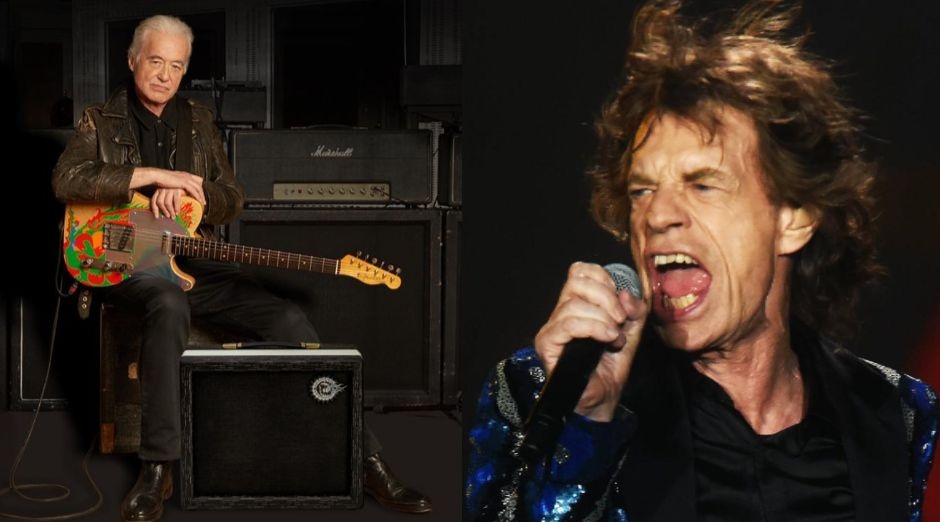 The relationship between the members of Led Zeppelin and The Rolling Stones, two of the biggest rock bands in the 1970s, has always been friendly. Jimmy Page, guitarist for Led Zeppelin, was known for his work in London studios before the band. And played twice with colleagues from the Rolling Stones.

Jimmy Page first collaboration with the band took place in 1964, before the founding of Led Zeppelin, when he worked on the “Heart of Stone” demo, released by the Stones in 1965. The song reached the top 20 in the United States. At the time, Page worked with several artists and participated in the soundtrack of the movie A Hard Day’s Night, by the Beatles, and also released a solo single.

After the death of John Bonham and the consequent end of Led Zeppelin, Page returned to work with other artists such as The Honeydrippers, with Robert Plant, and again with the Stones. A solo by Page entered “One Hit (to the Body)”, from the album Dirty Work (1986). The participation was an invitation from Ronnie Wood, guitarist of the Rolling Stones.

Page’s contribution was the result of a short studio session between him and Wood. After Page’s request to hear what the band was working on.