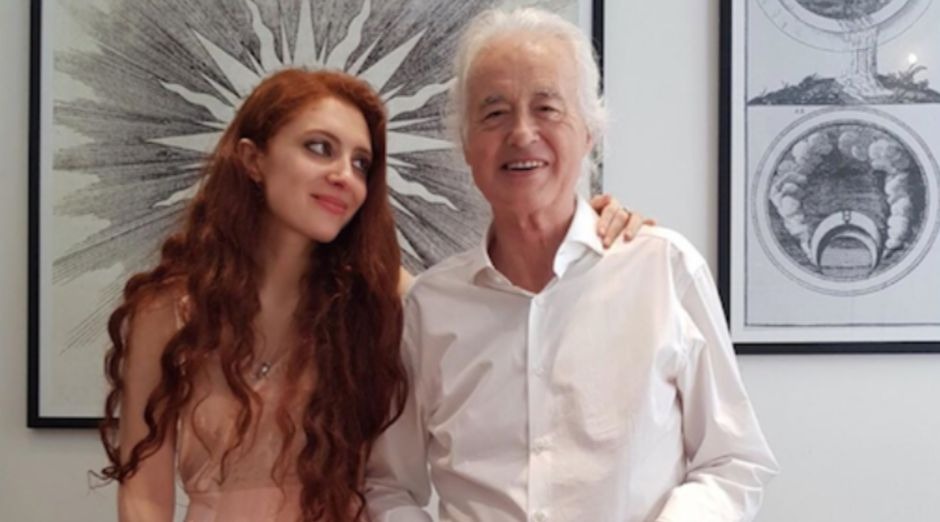 Legendary Led Zeppelin guitarist Jimmy Page, 75, celebrated his 30-year-old girlfriend birthday, Scarlett Sabet. On Instagram, the musician shared a photo in which he appears next to his companion in front of a table with pieces of cakes.

Their relationship began in 2013, five years after Jimmy split from his previous marriage, according to the Daily Mail. The artist still has a daughter, coincidentally, with the same name of the girlfriend, who is 48 years old.

Despite being discreet about personal life, sources said they were surprised by the new romance. “Jimmy is leading a very conventional life by the looks of things, not rock’n’roll. His new girlfriend seems like a very normal type of girl,” they told the newspaper.

Page is widely considered to be one of the greatest and most influential guitarists of all time. Rolling Stone magazine has described Page as “the pontiff of power riffing” and ranked him number three in their list of the “100 Greatest Guitarists of All Time”, behind Jimi Hendrix and Eric Clapton. In 2010, he was ranked number two in Gibson’s list of “Top 50 Guitarists of All Time” and, in 2007, number four on Classic Rock’s “100 Wildest Guitar Heroes”.