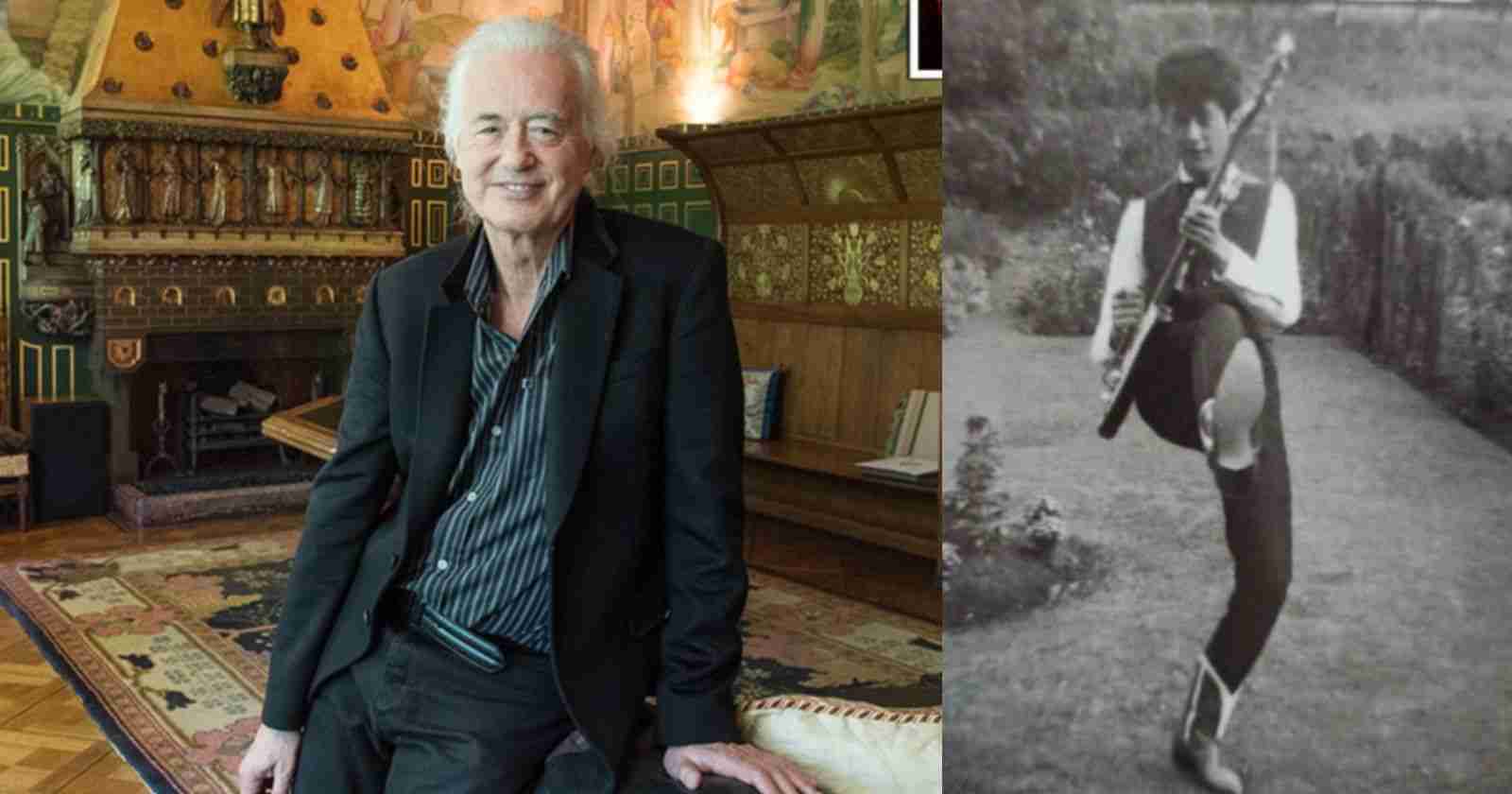 Led Zeppelin guitarist Jimmy Page is considered one of the best of all time and it seems that he was predestined to be a musician, since his first guitar appeared mysteriously in his life. The musician recalled this unusual story in an interview with Classic Rock magazine.

Jimmy Page about how his first guitar mysteriously appeared in his life:

“What is interesting in the equation is that there wasn’t anybody in my family who played guitar. I had an uncle who played pub piano. He could play various songs, but he never taught me anything. He wasn’t willing to teach, but when we moved from Feltham to Miles Road, in Epsom, there was a guitar left behind in our new house by the previous owners. And that was like a really weird intervention, where the guitar sort of found me.”

That is such a great Excalibur story.

“It honestly is. It’s like, whether I wanted to be a musician or not, I was going to be one. But yes, I was fascinated by the whole process of being enveloped by sound and being part of it. And also, being in a choir, there’s the whole ambience of it. It’s funny how I was picking it up as a kid. And once it came to the point of hearing rock’n’roll coming from America, it was just a youth explosion of music.”

“I’m so fortunate to have been born at that time, to witness that moment. It was like a line: on one side of it everything is very quaint and old-fashioned, and suddenly there’s this whole explosion of adrenaline, music and attitude. So you’re listening to all this stuff, and it’s like it came from another planet. And I had a guitar sitting in the house – untuned; nobody had ever played it. And then there was a connection I made with this friend Rod at school, who showed me a few chords. And that was it. Once I heard rock’n’roll I was infected by it, really, and there wasn’t going to be a cure. I didn’t wanna be cured.”

When your ‘Excalibur’ guitar outlived its usefulness, your parents bought you your first proper guitar, your Hofner. They appear to have supported your musical endeavours from day one.

“They certainly did. I always had to do my schoolwork as well, but they could see that all of the rest of the time I was obsessed with the guitar. And when I started playing songs that they’d heard on the radio, they were like, wait a minute, he’s really getting into this seriously!”

“I don’t know where it ever went, but that original guitar wasn’t the easiest to play. The strings were miles away from the fingerboard. Not too far away that they would inhibit one from wanting to play it. But my parents said: “We’d like to get you a better guitar,” and the Hofner was the particular one they agreed to get. My dad could understand that, suddenly, his son’s playing the guitar that was left behind in the house. Christmas is coming, and my birthday wasn’t far away, so the Hofner came as a multiple present.”

“And boy, oh boy, I was really thrilled to bits to have that. But then it got to the point where all the music I was listening to was being played on solid-bodied guitars, so I said: “I need to trade in my guitar.” And their attitude was: “You can do that, but you’re going to have to pay for it.” In those days, up to the age of twenty-one your parents had to sign for you to pay on an instalment plan. So my dad said: “I’ll be the guarantor, but you’ll have to pay for it.” And that was fine,” Jimmy Page said.