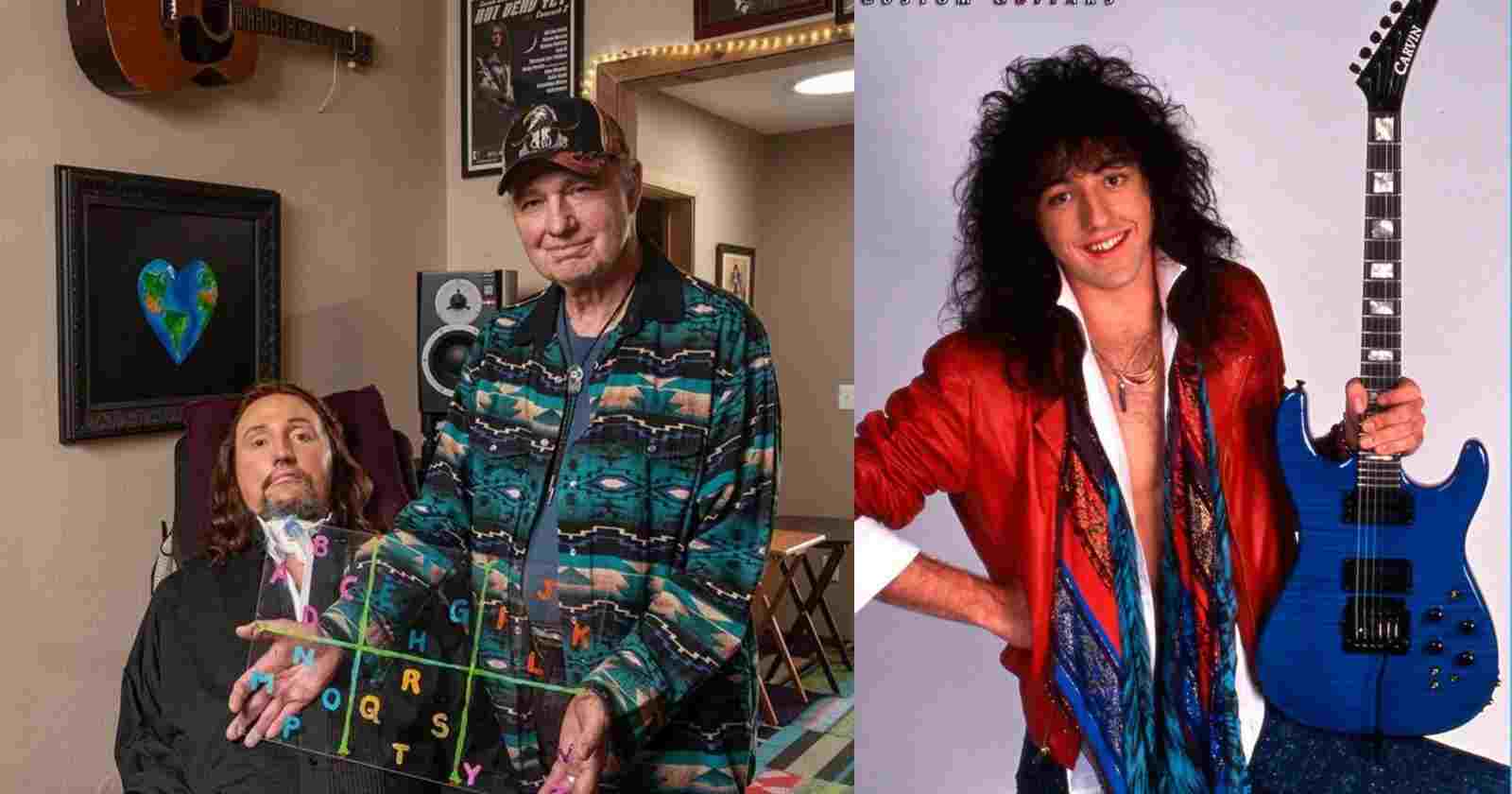 Legendary guitarist and composer Jason Becker, who has been living with ALS for more than 30 years explained in an interview with Grammy.com the eye movement system he developed with his father and how that allows him to talk with everyone.

“When I was in the hospital, getting my trach and stomach tube operation 24 years ago, my dad knew I was not going to be able to talk. It was already hard to understand what I was trying to say because my voice was so weak. A speech therapist brought in what they had in the way of communication, which was very complicated and impersonal. For instance, there were sentences like, ‘I am cold, I am angry, bring me some water,’ etc.”

“It was based on shortcuts for standard needs and issues. My dad didn’t think that would work and was a bit terrified about thinking I wouldn’t be able to quickly communicate what it was I wanted to say — even if it was just to make a joke or be part of a conversation. He went to his studio and devised a grid with the letters of the alphabet, divided into six squares. Each letter requires two eye movements. As we all got used to it, we could see that we could make our own shortcuts, like raised eyebrows for yes and lip up for no, and things like that.”

“And, we all have memorized it now and we can all carry on conversations at a pretty fast speed. I can tell long stories, make jokes and be a part of the conversation. I have heard from others that they have tried the system and like it. At one of my movie screenings, I met a woman from Texas who said she was able to speak to her father for the last time, and she was very grateful. I still haven’t found anything better for me, including computer systems; they just aren’t personal or fast enough for me.”

Becker also explained how he composes:

“With music, it is fairly simple. I don’t even need a musician when I am composing. So I use LogicPro and I have a lot of great instrument samples. I direct my caregiver where to put notes, I rearrange the notes, instrument by instrument, and track by track. But I usually know what I am going for and what harmonies and counterpoints will sound cool. So I can adjust the velocity and volume of each note.”

“I spell to my caregivers, for example: ‘Make the third note longer,’ or ‘Turn down the velocity.’ When recording musicians, it is easy to explain what I want. I also had a great co-producer, Dan Alvarez, who gets what I say and can explain things with his voice and hum if necessary.”