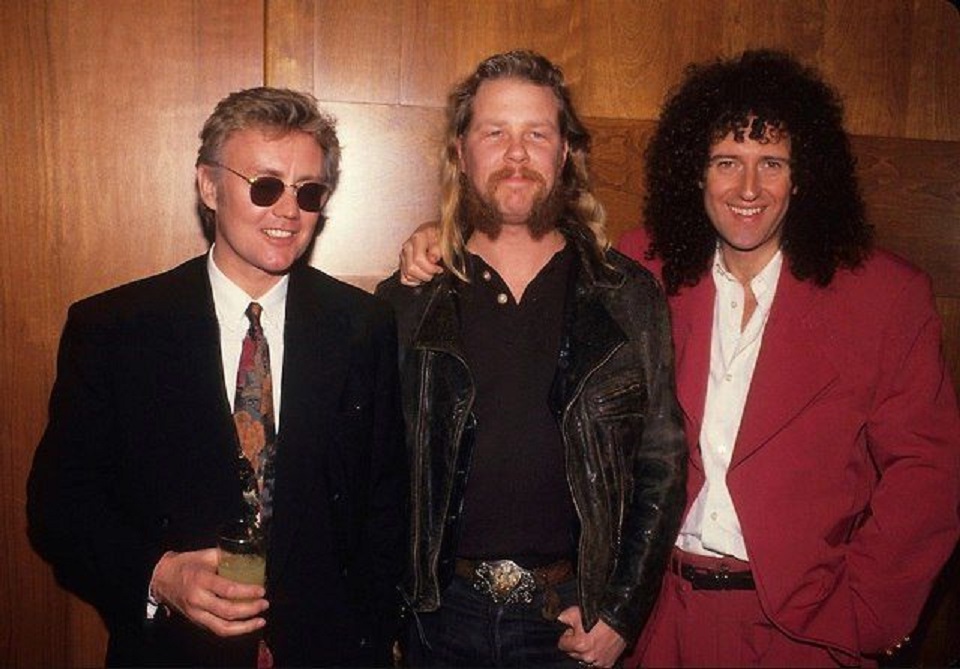 James Hetfield talked about how he admires the legendary Queen guitarist, Brian May.

“Queen has been a huge inspiration in the early days for me, especially Brian May. Just watching Brian May… There was a moment in the show [James is referring to a Queen concert he recently went to], ‘Bohemian Rhapsody,’ it was like this rock ‘n’ roll dream I was looking at.

“I was right at the sound desk, looking out at him, long ramp. He popped out of the middle just before his solo. There’s smoke, there’s light behind him, and his white hair, this big white aura around him and he rises up out of the stage and he’s doing the solo. And he’s in this giant silver cape with like the ’70s look. 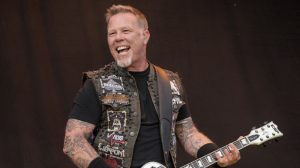 “Kirk [Hammett] and I just looked at each other like, ‘Holy shit! This is awesome!’ Total fanboys at that point. And then after the show… [Laughs] Brian May says, ‘I’m wondering if Kirk likes what I’m playing.’ And Kirk and I look at each other again like, ‘Huh? Yeah, Brian May just said that.’

“We met his roadie and we were all hanging out and he had a guitar on his back and he’s saying, ‘Hey I know some of your crew guys,’ and this and that. And I’m thinking, ‘What’s that on your back? Is that The Guitar?’ He says ‘Oh, yeah.’ ‘Okay, is there any way possible that I can just take a look at it?’ He said ‘Oh, yeah. Hey, Bri, is that okay?’ And Brian says ‘Oh, sure, yeah.’ 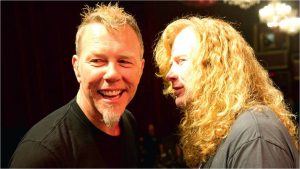 “So he takes it out, opens it up and I’m jamming on Brian May’s Old Girl original guitar that him and his dad made when he was 18 years old. And he still has it on tour and he still plays it every night. It was spectacular.

“And then Brian leans over me and he’s taking selfies. Like, oh my god! Couldn’t wipe my smile off my face. It was extremely cool. And then Kirk’s like *immitates Kirk’s voice* ‘My turn, mu turn!’ ‘Okay, here you go.’ So we all got to play Brian’s guitar. Just a super, super memorable and redundantly unforgettable moment. 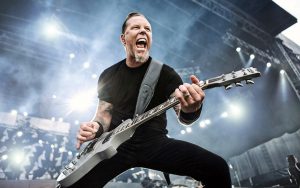 “Hopefully, if I’m alive at 70, I hope I’ll be that cool and down to earth and just loving life. He’s so serene. A big inspiration as far as all that goes.”