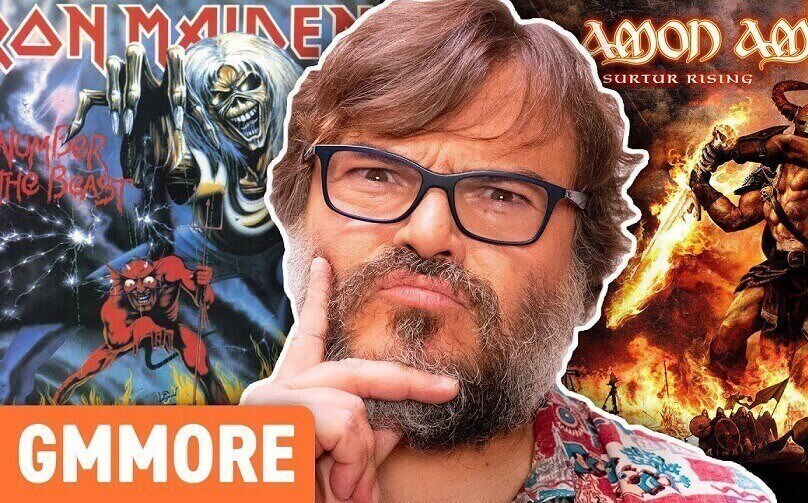 Jack Black was in the Youtube Channel Good Mythical MORE and they made a video to decide which one was the most metal album cover ever.

You can see the result below:

Thomas Jacob Black was born in Santa Monica, California, and raised in Hermosa Beach, California, the son of satellite engineers Judith Love Cohen, who worked on the Hubble Space Telescope and was also a writer, and Thomas William Black. His mother was born Jewish, while his father converted to Judaism. Black was raised in the Jewish faith, attending Hebrew school and celebrating a Bar Mitzvah. On a guest appearance on The Tonight Show with Jay Leno, he said his surname may have come from the occupational name of blacksmith.