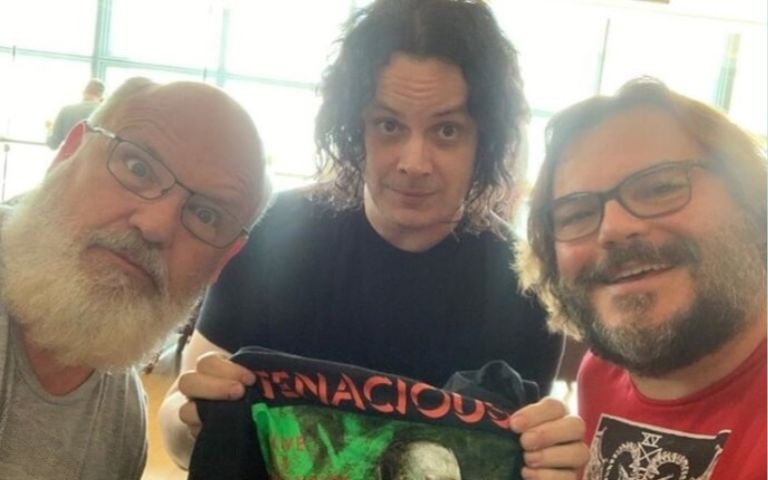 After finally meeting, Jack White and Jack Black took one of Rock’s biggest jokes to another level.

According to Black during a Tenacious D concert in Nashville last Sunday, White recorded a song with the duo. Yes, that really happened! The musician also told how everything went (via CoS):

“Jack White… we went to his house today and we recorded a brand new song.”

Also according to Jack (Black in this case), the song will be released by Third Man Records, former label of The White Stripes. A release date or more details about the track have not yet been revealed.

Tenacious D is an American comedy rock duo, formed in Los Angeles, California, in 1994. It was founded by actors Jack Black and Kyle Gass, who were part of The Actors’ Gang theater company at the time. The duo’s name is derived from “tenacious defense” – a phrase used by NBA basketball sportscaster Marv Albert.

John Anthony White (né Gillis; born July 9, 1975), known professionally as Jack White, is an American singer, songwriter, multi-instrumentalist and producer. He is best known as the lead singer and guitarist of the duo The White Stripes, but has also had success in other bands and as a solo artist.