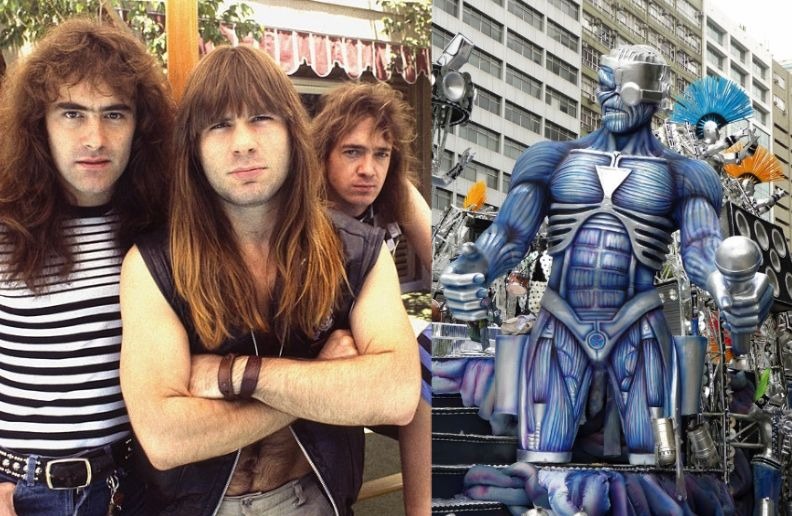 The carnival fest “CarnaMaiden”, made in tribute to Iron Maiden was confirmed in Brazil According to information released on Facebook, this year’s “CarnaMaiden” will be held on March 2, a Saturday, starting at 2.30 pm, at Largo do Mercado, in Paraibuna, São Paulo. The city is 120 km from São Paulo.

In the description of the event in the social network, “CarnaMaiden” will have “the greatest classics of the Iron Maiden, in a carnival rhythm, however, with the distortions, solos and passages of the original versions.

“CarnaMaiden” first happened in 2014. It is the result of a game designed by 10 Iron Maiden fans, who wanted to celebrate the carnival to the sound of the band they like.

The Carnival of Brazil is an annual Brazilian festival held between the Friday afternoon before Ash Wednesday and Ash Wednesday at noon, which marks the beginning of Lent, the forty-day period before Easter. On certain days of Lent, Roman Catholics and some other Christians traditionally abstained from the consumption of meat and poultry, hence the term “carnival”, from carnelevare, “to remove (literally, “raise”) meat.”

Rhythm, participation, and costumes vary from one region of Brazil to another. In the southeastern cities of Rio de Janeiro, São Paulo, huge organized parades are led by samba schools. Those official parades are meant to be watched by the public, while minor parades (“blocos”) allowing public participation can be found in other cities, like Belo Horizonte, also in the southeastern region.