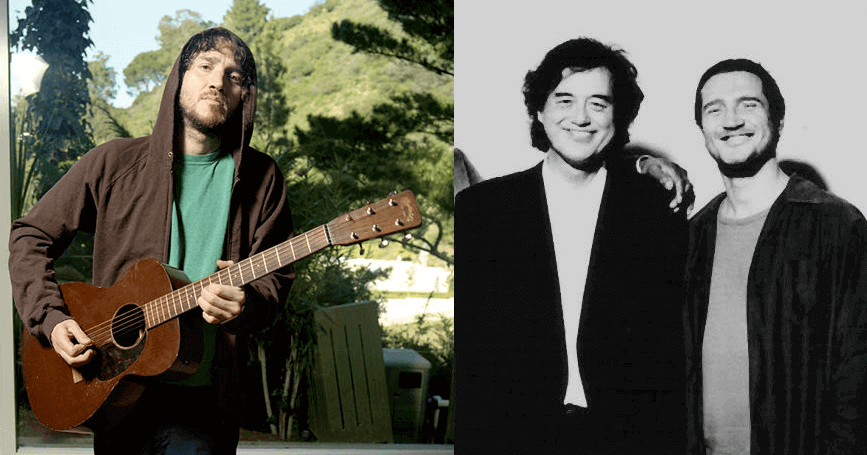 There are music partnerships that really happen only in dreams. One of them was even dreamed up by the guitarist John Frusciante, who revealed this in a letter to the legendary Jimmy Page in mid-2004.

While still in the Red Hot Chili Peppers, the virtuoso guitarist wrote to Led Zeppelin member asking him to play a solo on Frances The Mute, released by The Mars Volta in 2005. The participation would take place in the song “L’Via L’Viazquez “- which features two solos by Frusciante and one by the band’s guitarist, Omar Rodriguez-Lopez.

Indeed, it was exactly to fulfill a dream of friend Omar that John send the letter. This relic was found by Louie Mathieu, tour manager for RHCP who accompanied the guys until 2004. In 2017, the item was put on sale on eBay and bought for approximately 740$.

See the letter below:

Rob Halford says Judas fans are furious for the band not being in the Rock Hall
In a biography, Lily Allen will talk about sex with Liam Gallagher in airplane
Advertisement
To Top