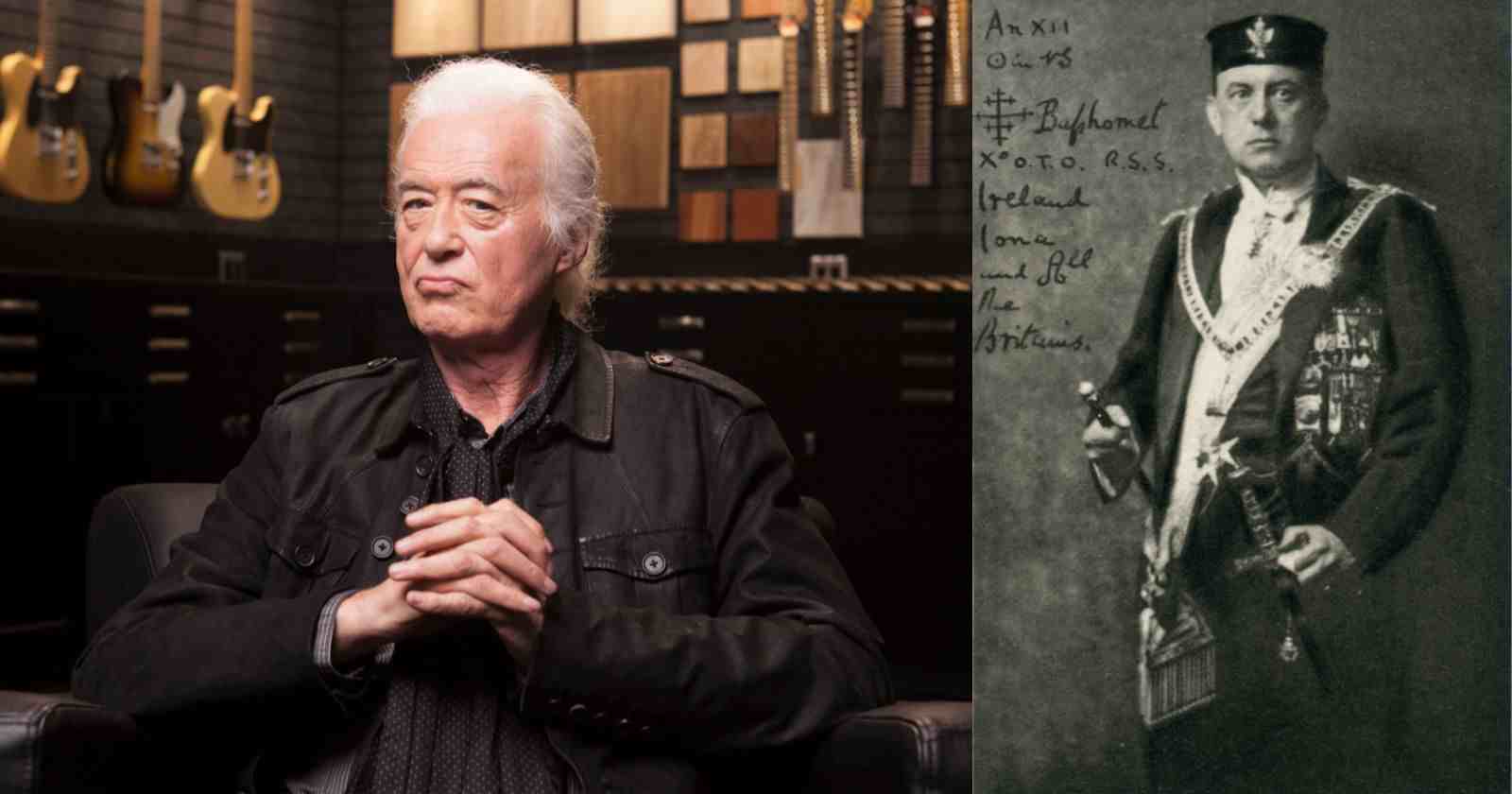 Led Zeppelin guitarist Jimmy Page always showed his interest in the occult when talking about the work of Alesteir Crowley. The musician even bought the occultist’s manor in the Loch Ness in 1973, selling it only in 1992. In an interview with Rolling Stone back in 2012 the musician talked about how he got interested in Crowley’s work.

“What attracted me to [the Pre-Raphaelite poet and painter] Dante Gabriel Rossetti? You won’t be asking me questions on that. But you would ask me about Crowley. And everyone is going to prick up their ears and wait for great revelations. The essence of this is I read a book called The Great Beast: The Life of Aleister Crowley, by John Symonds [first published in 1951].”

“I could have been 14, 15. It was intended as a defamatory book. But there was a bibliography, and I was curious enough to read some of the books Crowley had written. It wasn’t the only thing that I was tracking down as source material.”

But Crowley became more than a casual interest.

“It’s taken out of all proportion. There was a balance to it. I wouldn’t be here now if there hadn’t been.”

You’ve used the word “magic” to describe Led Zeppelin. Were you trying to create something in the music that was stronger than notes and chords?

“That is open to ridicule or to be misinterpreted. I know what it means to me. There is no doubt that the music was evocative. That isn’t just with me and Led Zeppelin. That can be true with classical music. Whatever interest I had, still have, in anything I do — it seems as though people will be hanging on it, trying to make something out of it that it wasn’t. I don’t feel, at this point, I need to spell it out.”

“The reason why Led Zeppelin still has an audience — and a new audience coming to it — is not the written word. It’s music. it’s not, “Did they wreck a hotel room here or throw a television out the window there?” It’s the music that keeps the band buoyant, rather than the myth. When the myth fades, the music will still be there.”

In an interview with Rolling Stone Magazine back in 1975 the musician talked about the bad energy the place had and the spirits that supposedly haunted the manor.

“I don’t really want to go on about my personal beliefs or my involvement in magic. I’m not trying to do a Harrison or a Townshend. I’m not interested in turning anybody on to anybody that I’m turned on to. So if people want to find things, they find them themselves. I’m a firm believer in that,” Jimmy Page said.