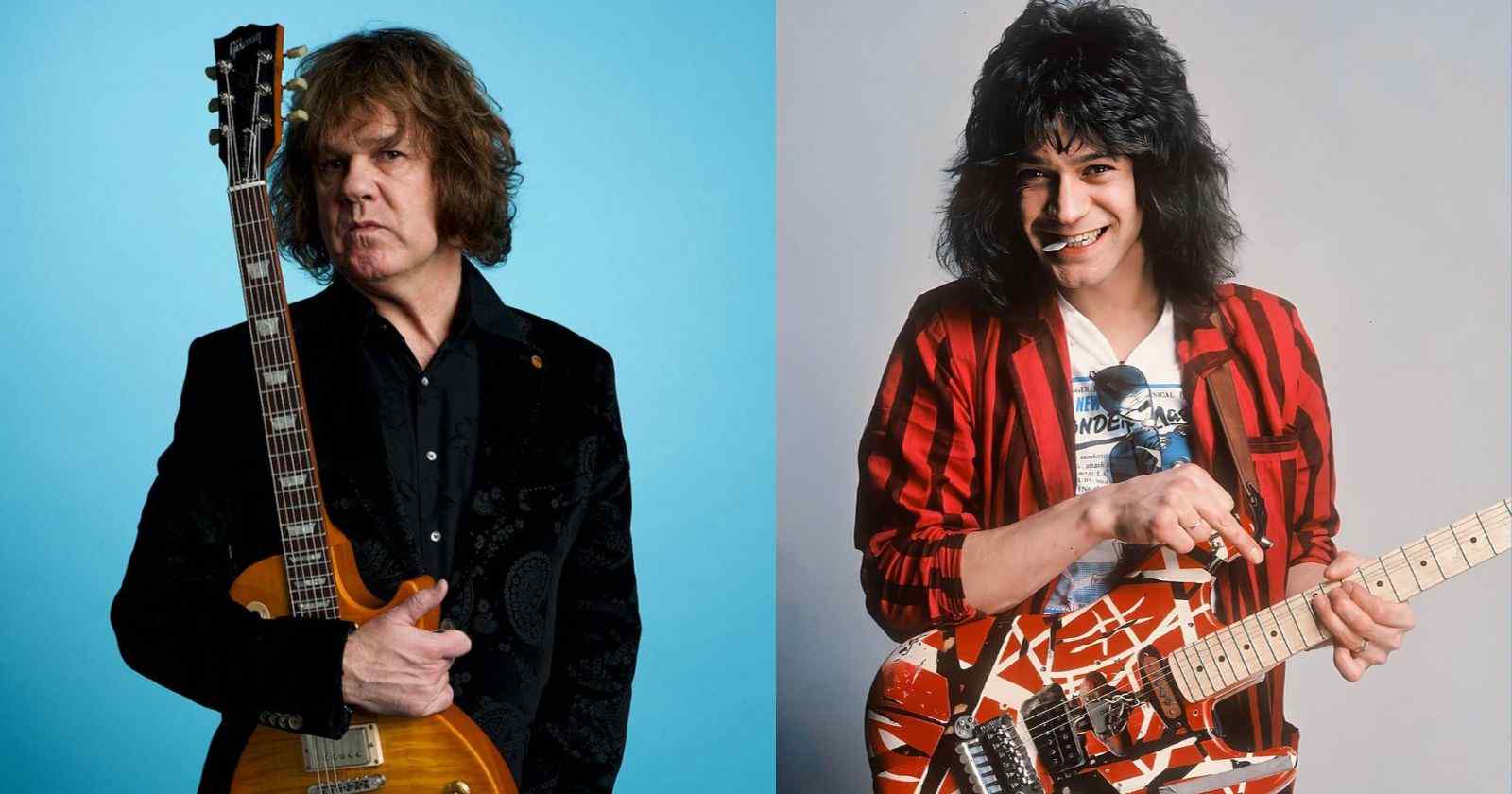 “We were on the same label in America, Warners, and whenever we hooked up with anyone from the label, you always heard, ‘Wow, man, I was just out with Van Halen – what a fucking band! It got to the point where Phil would tell them, ‘Look, if you get into this fucking car, you’re not going to talk about Van Halen, all right?'”

“So we were interested in this band we’d heard so much about. And these boys came on and just shredded everybody a brand-new asshole. They were amazing. When Eddie started doing his tapping thing, I turned around to Gary and said, ‘What the fuck is that? What is he doing there?’ Gary was just staring at him, and he said, ‘I don’t know.'”

“Ten minutes later, I went to ask Gary another question, and he was gone. The next day, I was standing in his hotel room, and he said, ‘Hey, check this out…’ and he started tapping away. He’d gone back to the hotel the night before to teach himself how to do it.”

However, in an interview with Guitar World back in 1987, Moore said that he wasn’t a big fan of Hard Rock music:

He was on vacation, according to the publication. The cause of death was revealed only one year later and according to The Telegraph, Gary had 380 milligrams of alcohol per deciliter of blood.