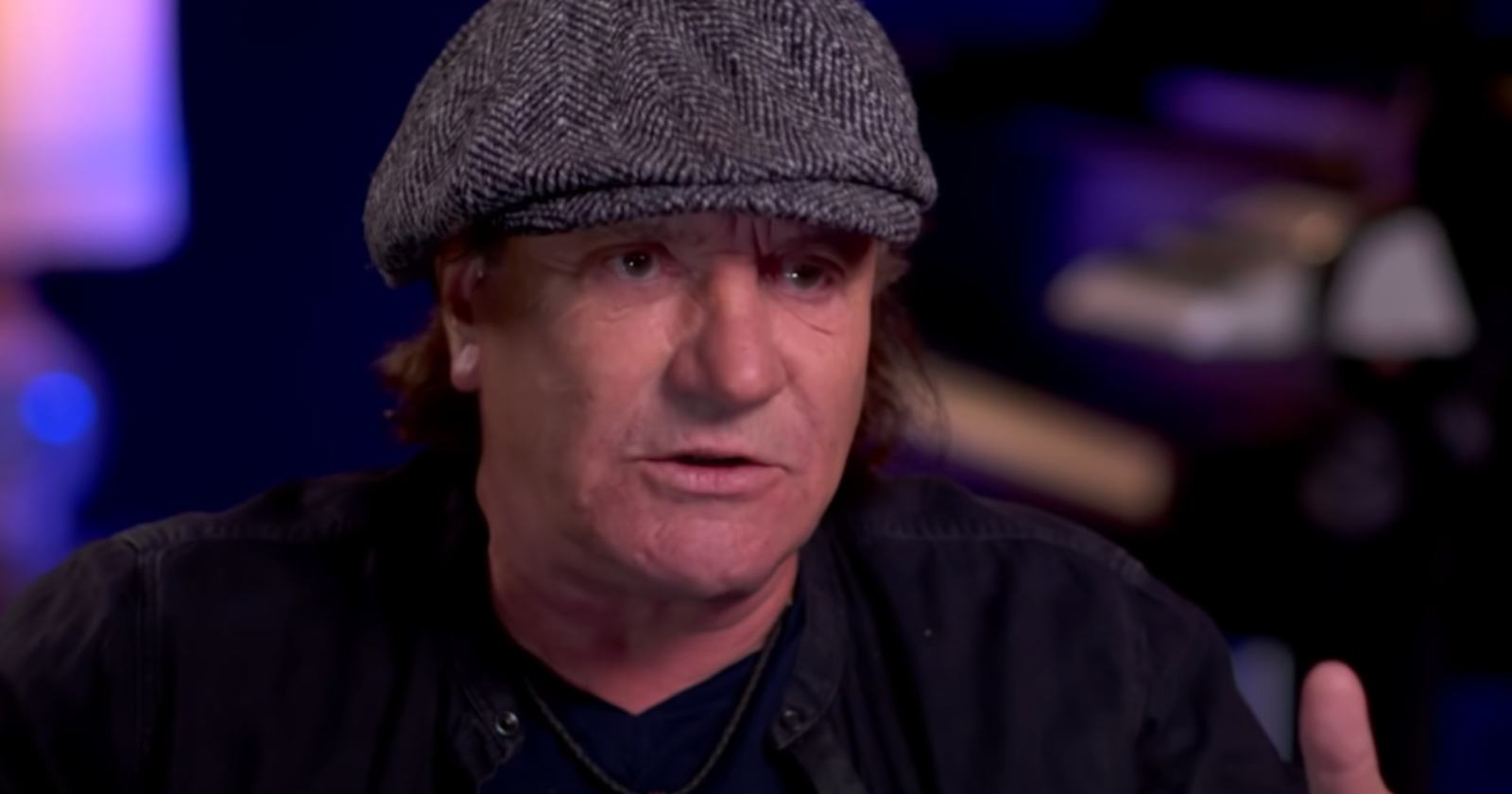 Before joining AC/DC in 1980, Brian Johnson had already achieved some level of fame with the British Rock band Geordie. He was part of four studio albums of the group in the 70s that had hit songs like “Goodbye Love”, “All Because Of You” and their version for “House Of The Rising Sun”.

So the first Brian Johnson heard his song on the radio was when he was still a member of Geordie. He recalled in an interview with AXS TV (Transcribed by Rock and Roll Garage) back in 2020 how he reacted to that moment.

How Brian Johnson reacted when he first heard him on the radio:

“The first time I heard a song of mine on the radio, I’ll never forget that was with Geordie. We were travelling to Wales. We’re gonna cross this huge bridge. There was a DJ on BBC Radio called Noel Edmonds. He had a program called ‘My Pick Of The New Songs for the Week’. He said ‘I think this is gonna be a great song from a Newcastle band’. We were in the van driving. He (he said) ‘It’s called ‘Don’t Do That’. It’s fantastic, here it is.’

We stop and we were going (Mimics suprised faces). I mean, we were just in… it’s a marvelous feeling the first time you hear. So you ask any artist that question and they will say it was the best time ever to hear your music on the radio,” Brian Johnson said.

The track “Don’t Do That’ was part of Geordie’s debut album “I Hope You Like It” released in 1973. Curiously, it was two years before AC/DC released their debut album “High Voltage” (1975).