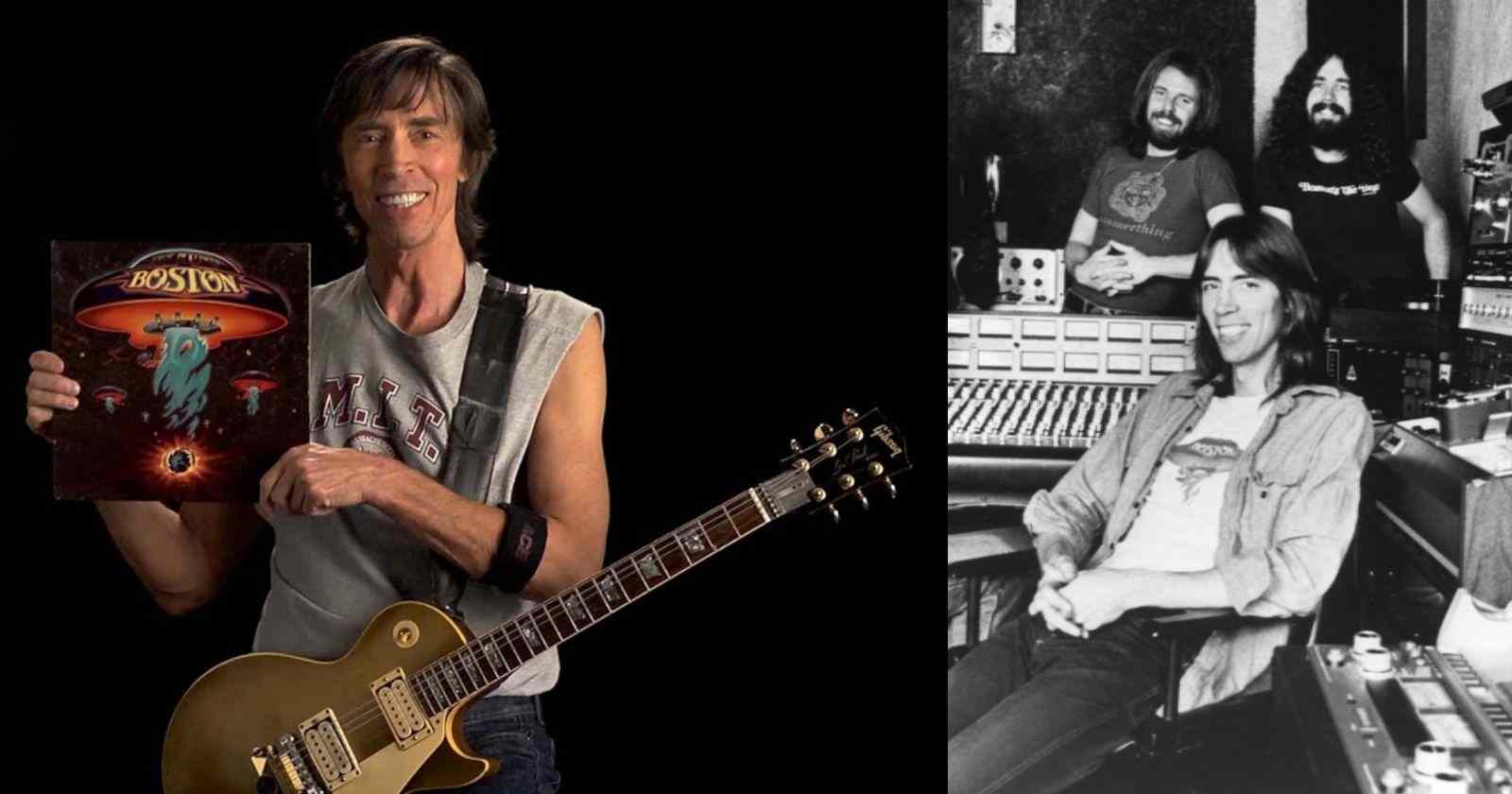 Boston is one of the bands with the most successful debut album of all time. Their self-titled record was released back in 1976 and sold more than 25 million copies worldwide. However, the interesting part is that the entire album was recorded at Tom Scholz (Guitarist and leader) basement and only the drums and vocals were not recorded by him.

In an interview with Classic Rock Revisited back in 2008, the musician recalled the recording process.

“I did. In 1974, I basically blew all of my money. I had been working for five years at that point. I took all of the money and spent it on recording equipment that was good enough to record the demos that landed the Epic Records deal. So I had been bumming around playing in local bands that didn’t have a future. I even started a couple of band. But they didn’t play the music that became the music I wrote with Boston.”

“I knew that I was going nowhere unless I started doing what I knew I could do and started doing it myself. I knew that all I would ever do was play once and a while in a club and have no one really listen to the music. So I quit playing with bands at that point and I set up in my basement and I went to work. Out of that came “Peace of Mind,” “Rock n Roll Band,” “Hitch a Ride” and “Don’t Be Afraid.”

“It was completely done by my drummer friend Jim Masdea and myself. I played all of the instruments and by doing that I could finally get everything that I was imagining and hearing. So I could experiment and find the sounds that I needed. I was never able to do that when I tried to work with other musicians. That was the turning point. It was the old adage, “If you want it done right then do it yourself.” I knew that if it failed then I would have no one to blame but myself.”

“It was a huge gamble. I was married at the time and that money was supposed to be for a down payment on a house and I spent it all. It was very uncomfortable. I knew that Brad could do all of the singing and that he would do an awesome job. He did even better than I imagined, he came in after I had all of the instrumental tracks. Oddly enough I heard years later that Brad did not realize that when he was just singing to me playing a bunch of overdubbed tracks. He thought there had been a band. He wasn’t there for the recording of the instruments – it was just me and the tape deck.”

“Jim and I would work out the drum lines and then I would record. Brad did the same thing with the vocals. He would try different things and I would push the buttons. We finished it up the following year with “More Than a Feeling” and “Something About You” and that is when we got the deal.”

“Five of those six songs were on the first Boston album. I think it is very hard for people to get their head around the idea that this band was actually some guys overdubbing in a basement. They like to think that a band plays together and hangs out and writes songs and gets a contract and goes into the studio. Then they jam out in the studio and an album comes out of that. This was not like that at all. It was many, many years of long nights playing along with a tape deck.”

The record company wanted you to re-record everything.

“And I did but the funny thing is that they thought that it was being re-recorded by a real producer in a studio somewhere. The only difference is that Sib Hashian played the drum tracks on those versions. I did the exact same thing, I went back to work and I played all of the parts myself. When you hear “More Than a Feeling” that is a couple of weeks of me relaying the guitar tracks down just the way I did on the demos.”

“Brad did the same thing with the vocals. It was done entirely just like the original but the record company didn’t know it. There was another producer named John Boylan. I have to give John enormous credit. Because I told him that the only way I was going to do this was if I could do it in my basement. I told him I was not going to LA and do it in some studio because I knew it wouldn’t work.”

“He was the chosen producer and he didn’t want to lose the deal, he told me to record it in my basement and then bring it to LA and we will mix it. So he said, “You do that and we will split the producer’s royalty.” I was ready to say ‘yes’ before he said he would split the producers royalty. I was just thrilled to be getting paid to do this,” Tom Scholz said.