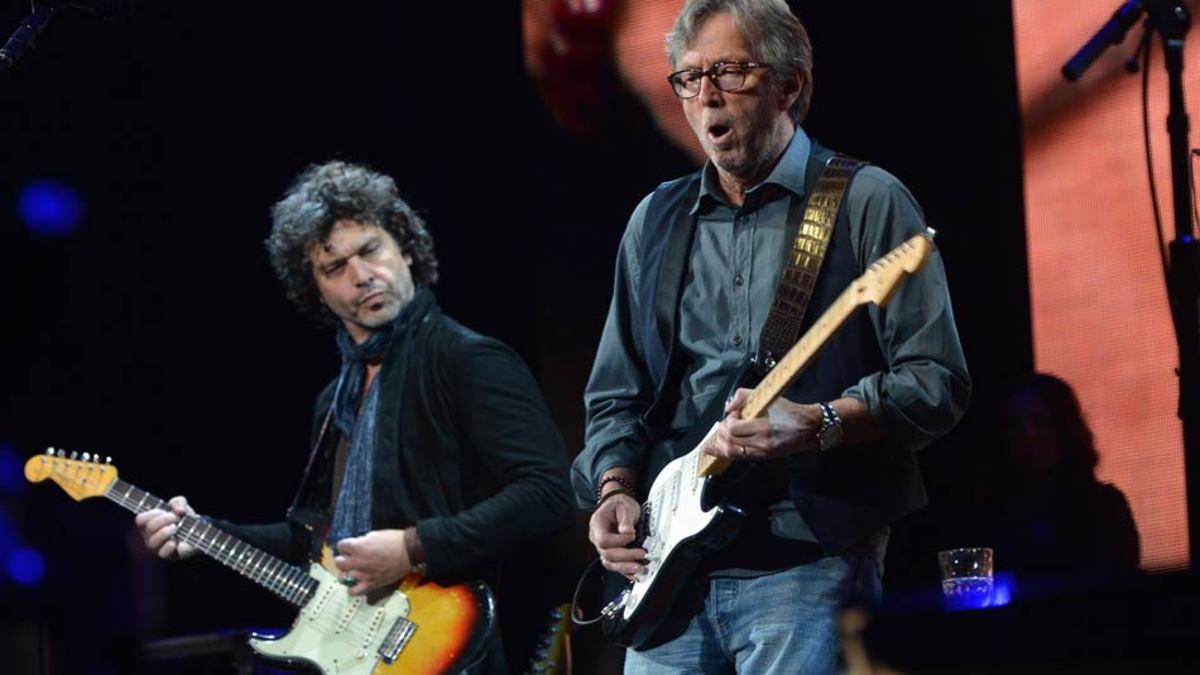 Eric Clapton recently reunited with Doyle Bramhall II for the track “Everything You Need”, which will be featured on Bramhall’s upcoming studio album.

Shades will be released on October 5 and, in addition to Clapton, features the Tedeschi Trucks Band, Norah Jones and Greyhounds. “I’m very excited to be working with these incredible people on my record,” he said in a statement.

Listen to “Everthing You Need” below:

Doyle Bramhall II (born 24 December 1968) is an American musician, producer, guitarist, and songwriter known for his work with Eric Clapton, Roger Waters and many others. He is the son of the songwriter and drummer Doyle Bramhall.

This unusual arrangement of the strings gives his playing a unique sound, because he bends the strings by pulling them downwards rather than upwards, the customary approach. Others who have bent strings in this direction include Albert King, Eric Gales, Otis Rush, Barbara Lynn, Coco Montoya and the late blues guitarist Jeff Healey, who played with his instrument flat on his lap for stability and increased string flexibility.