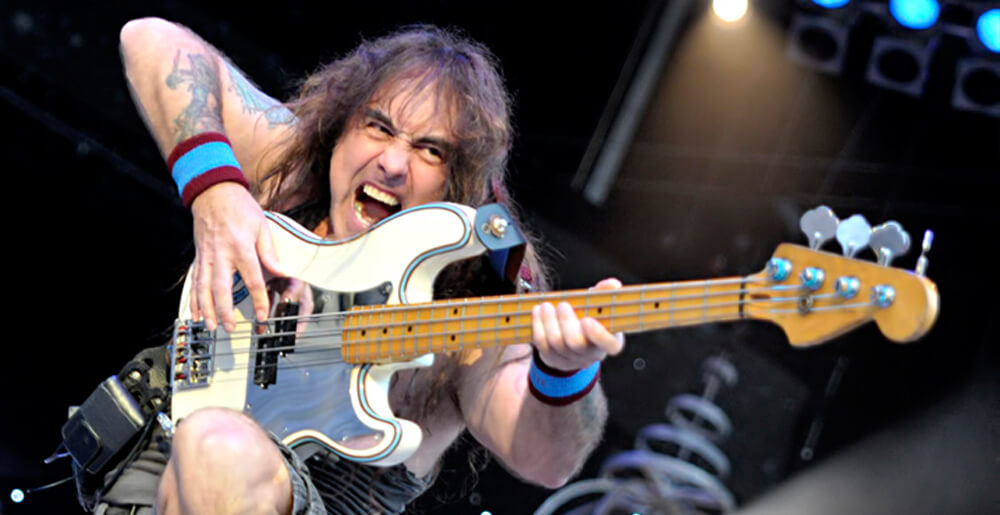 Powerslave is an Iron Maiden song, present in the homonymous album of 1984. The track, written by Bruce Dickinson, deals with questions that a Pharaoh makes, where he regrets the limitation of his powers.

The letter mentions Egyptian symbols as the Eye of Horus which means power, courage and protection. It symbolized the right eye of the hawk, that is, of Horus, which was lost during the fight against his uncle Seth, who fractioned it in 64 parts. Legend has it that the eye was restored by Thoth. After being restored, Horus can revive Osiris, as said in the verse “Enter the risen Osiris-risen again”.

At the end of the song, he talks about what will happen to him after his death, basing himself on the pharaoh’s fictional curse (A shell of a man God preserved-a thousand ages). This curse story began after 1923, the year of the discovery of Tutankhamen’s tomb by Lord Carnarvon and his expedition.

With Bruce Dickinson on vocals, Adrian Smith and Dave Murray on guitars, Steve Harris on bass and Nicko McBrain on drums, this album, as well as The Number of the Beast, is one of Iron Maiden’s exponents. It marks a time when the formation was very close and friendly, because in previous years the battle of egos between Steve Harris and Bruce Dickinson always left an uncertainty about the continuation of Bruce in the band.

Recorded in the Bahamas and mixed in the United States, the album opens with “Aces High,” a song about air strikes in World War II. Soon there is “2 Minutes to Midnight,” composed by Adrian Smith with lyrics by Bruce, dealing with the constant threat of a nuclear war that hovered at the time.