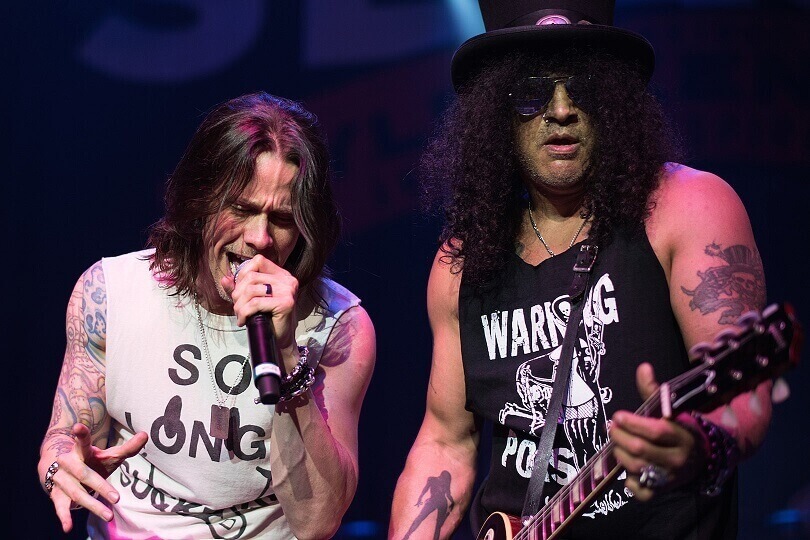 Slash and his partners Myles Kennedy and The Conspirators have just released the “Driving Rain.” The song is part of the third album produced from the union of the two musicians with the band. In addition, the cover and tracklist of the new album Living The Dream were also released.

Slash spoke a bit about the track (via Louder Sound):

“This is a riff I specifically remember playing with guys for the first time in a New Hampshire location on the World On Fire tour. It’s a cool guitar track that we made, and from that point on the rest of the song started popping up in my mind while on the road. We put it all together this year and Myles came up with a great melody for her.”