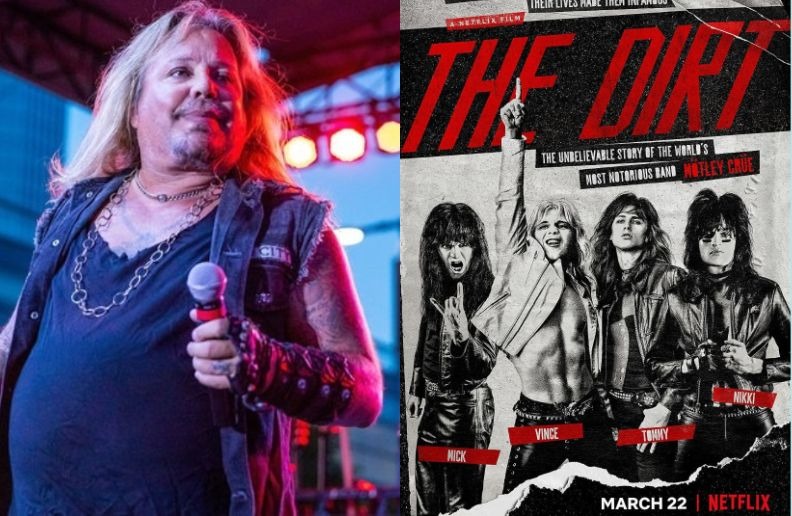 Mötley Crüe released a song that will be in the movie “The Dirt”, a biopic about the band that will be released on Netflix on March 22. The track is titled “The Dirt (Est. 1981)” and features Machine Gun Kelly, who plays drummer Tommy Lee in production.