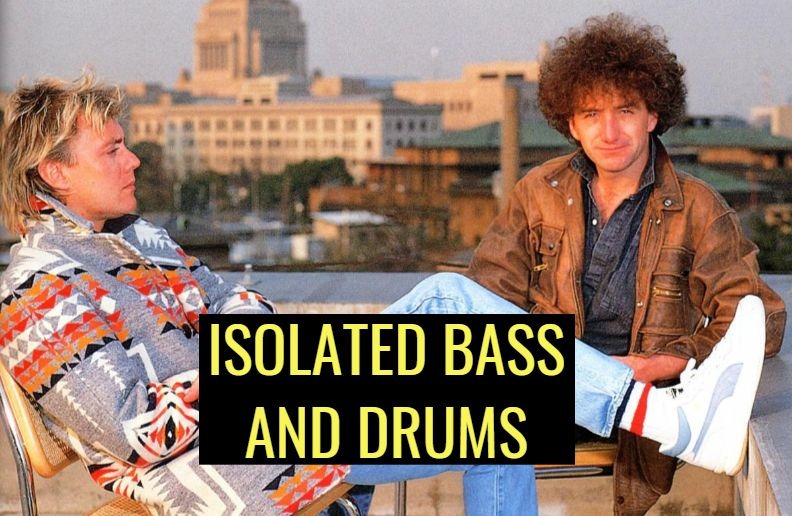 When people talk about Queen the two first names mentioned are Freddie Mercury and Brian May, but there would be no Queen as we known if it wasn’t for John Deacon and Roger Taylor, bass player and drummer.

Now, you have the chance to hear their isolated bass and drums on the bands ultimate classic “Bohemian Rhapsody”.

When it was released as a single, “Bohemian Rhapsody” became a commercial success, staying at the top of the UK Singles Chart for nine weeks and selling more than a million copies by the end of January 1976. It reached number one again in 1991 for another five weeks when the same version was re-released following Mercury’s death, eventually becoming the UK’s third-best-selling single of all time. It is also the only song to be the UK Christmas number one twice by the same artist.

It topped the charts in several other markets as well, including Canada, Australia, New Zealand, Ireland, and The Netherlands, later becoming one of the best-selling singles of all time selling over six million copies worldwide. In the United States, the song originally peaked at number nine in 1976, but returned to the chart in 1992 after being used in the film Wayne’s World and reached a new peak of number two on the Billboard Hot 100.