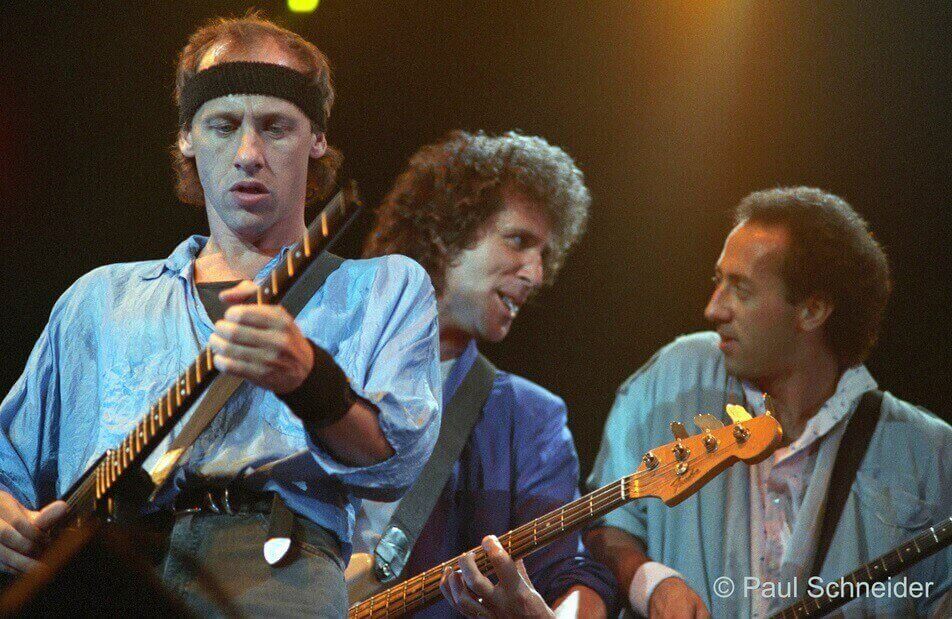 The Youtuber/guitarist Leo Moracchioli simulated how it would sound if Dire Straits’ classic song “Money For Nothing” would sound if it were Heavy Metal.

“Money for Nothing” is a single by British rock band Dire Straits, taken from their 1985 studio album Brothers in Arms. The song’s lyrics are written from the point of view of two working-class men watching music videos and commenting on what they see.

The song features a guest appearance by Sting singing background vocals, providing both the signature falsetto introduction and backing chorus of “I want my MTV.” The groundbreaking video was the first to be aired on MTV Europe when the network launched on 1 August 1987.

It was Dire Straits’ most commercially successful single, peaking at number 1 for three weeks in the United States, number 1 for three weeks on the US Top Rock Tracks chart and number 4 in the band’s native UK. “Money for Nothing” won the Grammy Award for Best Rock Performance by a Duo or Group with Vocal in 1986 at the 28th Annual Grammy Awards and the video won Video of the Year at the 3rd MTV Video Music Awards.

Knopfler modeled his guitar sound on ZZ Top guitarist Billy Gibbons’ trademark guitar tone, as ZZ Top’s music videos were already a staple of early MTV. Gibbons later told a Musician magazine interviewer in 1986 that Knopfler had solicited Gibbons’ help in replicating the tone, adding, “He didn’t do a half-bad job, considering that I didn’t tell him a thing!” Knopfler duplicated Gibbons’ use of a Gibson Les Paul guitar (rather than his usual Fender Stratocaster), which he plugged into a Marshall amplifier. Another factor in trying to recreate the sound was a wah-wah pedal which was turned on, just set to a certain position.