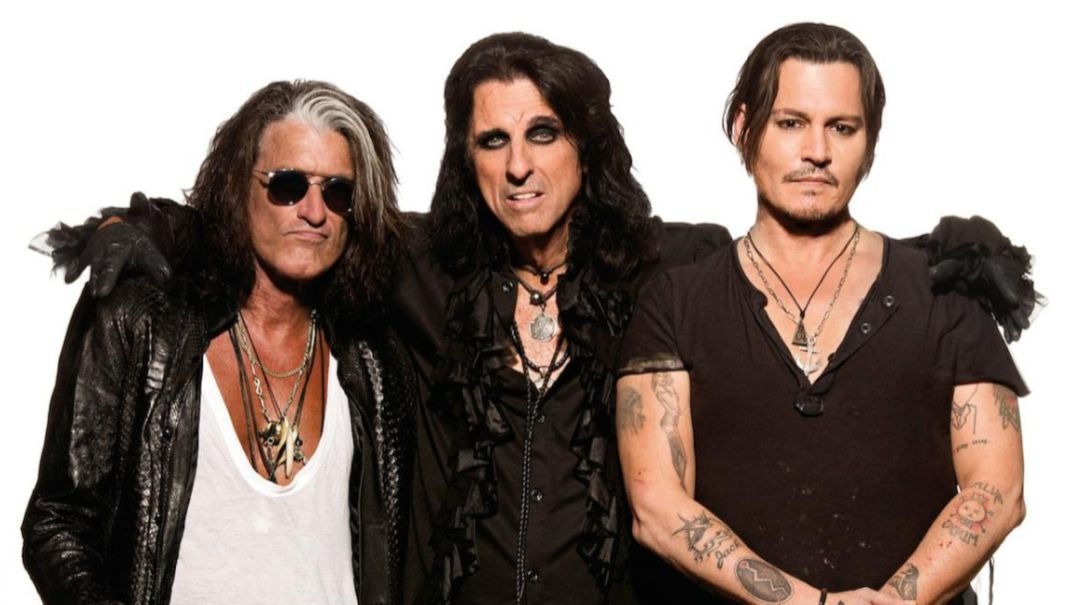 “Rise” will arrive on June 21 at earMUSIC. With 13 tracks of material, the album have covers by David Bowie’s “Heroes”, Jim Carroll Band’s “People Who Died” and Johnny Thunder’s “You Can’t Put Your Around”.

“Rise is not just different from Vampires’ first album, it’s the only one of anything I’ve ever done. I’ve come up with something very different from what I usually do when I’m working on a record,” says Cooper.

“Each of us has different influences, and the end result of that sound is very cool. I think with this record, we are establishing what the Hollywood Vampires really is. At first we were more inclined towards our old rock ‘n’ roll brothers.”

Joe Perry adds, “There was no pressure and no deadlines, which allowed us to write and record something that is totally freer and more honest of anything we’ve ever done.”

“I cannot wait to play some of these songs live for our fans.”

Hollywood Vampires is an American rock supergroup formed in 2015 by Alice Cooper, Johnny Depp, and Joe Perry to honor the music of the rock stars who died from excess in the 1970s.