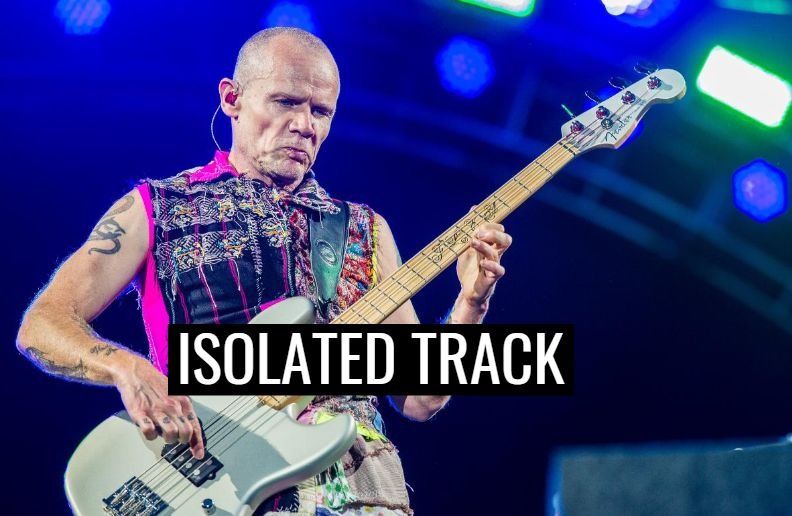 Flea is one of the most talented bass players from rock and roll. You’ve probably heard him many times on Red Hot Chili Peppers songs, but now, you have the chance to hear his awesome isolated bass track on the classic “Can’t Stop”.

“Can’t Stop” is a song by the Red Hot Chili Peppers from their 2002 album, By the Way. It is the third single released from the album.

The song was the Chili Peppers’ eighth number one on Billboard Modern Rock Tracks, where it spent three weeks topping the chart, and peaked at number 57 on the Billboard Hot 100. The song performed moderately well on various other charts worldwide, as well as Modern Rock and Mainstream Rock charts, respectively.

Lyrically, “Can’t Stop” is a prime example of the band’s occasional use of writing lyrics to an established rhythm, rather than rhythms to established lyrics. Kiedis writes in his typical circumlocutory style. Nonetheless, the predominant theme of cultivating an inner, personal energy (evidenced in the title and the final line: “This life is more than just a read-through.”) can be understood in almost every line.

The verses are addressed to the listener (or perhaps to himself), in an instructional tone, with references to Kiedis’s own life, as well as citing the inspiration of Defunkt (“Defunkt, the pistol that you pay for”) and Julia Butterfly Hill (“J. Butterfly is in the treetops”). The bridge marks a slight departure, as Kiedis suggests he had temporarily forgotten this philosophy, and looks to a new girlfriend to help himself back on his feet.