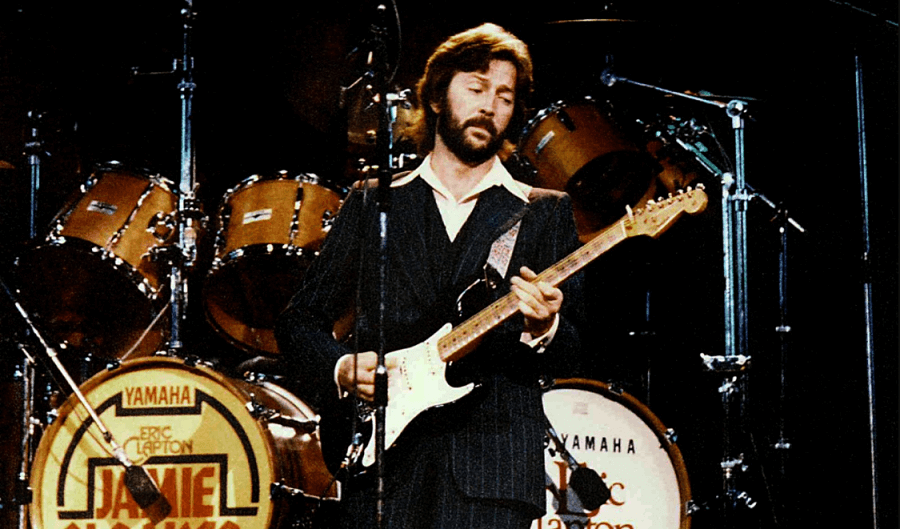 “Layla” is a song written by Eric Clapton and Jim Gordon, originally released by their blues rock band Derek and the Dominos, as the thirteenth track from their album Layla and Other Assorted Love Songs (November 1970). Its famously contrasting movements were composed separately by Clapton and Gordon.

The song was inspired by a love story that originated in 7th-century Arabia and later formed the basis of The Story of Layla and Majnun by the 12th-century Persian poet Nizami Ganjavi, a copy of which Ian Dallas had given to Clapton.

The book moved Clapton profoundly, because it was the tale of a young man who fell hopelessly in love with a beautiful, young girl and went crazy and so could not marry her. In his autobiography, Clapton states, “Ian Dallas told me the tale of Layla and Majnun [sic], a romantic Persian love story in which a young man, Majnun, falls passionately in love with the beautiful Layla, but is forbidden by her father to marry her and goes crazy with desire.”

The song was further inspired by Clapton’s then unrequited love for Pattie Boyd, the wife of his friend and fellow musician George Harrison of the Beatles. Clapton and Boyd would eventually marry.

Now, you have the chance to hear his amazing guitar and voice isolated tracks. You need to check this out.

“Layla” was unsuccessful on its initial release. The song has since experienced great critical and popular acclaim, and is often hailed as being among the greatest rock songs of all time. Two versions have achieved chart success, the first in 1972 and the second (without the piano coda) 20 years later as an acoustic Unplugged performance by Clapton. 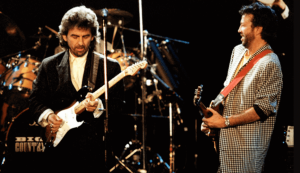 In 2004,  the song was ranked number 27 on Rolling Stone’s list of “The 500 Greatest Songs of All Time”, and the acoustic version won the 1993 Grammy Award for Best Rock Song.

In 1966, George Harrison married Pattie Boyd, a model he met during the filming of A Hard Day’s Night. During the late 1960s, Clapton and Harrison became close friends.

Clapton contributed uncredited guitar work on Harrison’s song “While My Guitar Gently Weeps” on the Beatles’ White Album, and Harrison co-wrote and played guitar pseudonymously (as L’Angelo Misterioso) on Cream’s “Badge” from Goodbye. However, between his tenures in Cream and Blind Faith, Clapton fell in love with Boyd. 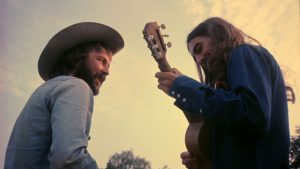 The title, “Layla”, was inspired by the story of Layla and Majnun, which Clapton had been told by his friend Ian Dallas,[6] who was in the process of converting to Islam. Nizami’s tale, about a moon princess who was married off by her father to a man she didn’t love, resulting in Majnun’s madness, struck a deep chord with Clapton.

Back In Time: Scott Ian gets excited like a kid playing Angus Young guitar
Richie Sambora confirms that he will take the stage with Bon Jovi
Advertisement
To Top