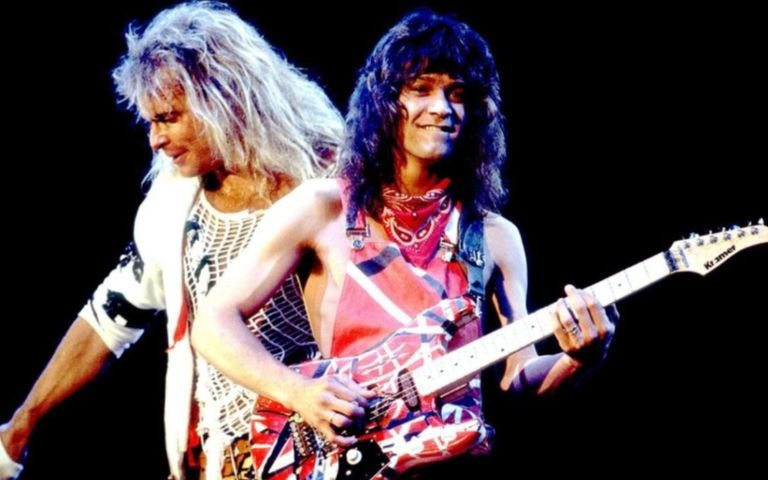 Eddie Van Halen is a guitar god, the guy reinvented guitar playing in the 70s/80s with a unique style and sound. If you heard Van Halen and was blown away, prepare yourself to hear the classic track “Unchained” in a different way now: only Eddie’s amazing guitar track.

“Unchained” is a song from Van Halen’s fourth album, Fair Warning. Vocalist David Lee Roth’s working title for the song was “Hit the Ground Running”. The song features prominent use of the MXR M-117 flanger, which became a popular sound and spurred sales of the pedal.

A preset for the flanger was also included on the EVH Flanger MXR pedal. It uses a Drop Db tuning with suspended fourth chords interspersed. The song is notable for being producer Ted Templeman’s only vocal contribution to the band when he says “Come on, Dave, gimme a break!” during the interlude of the song.

Fair Warning is the fourth studio album by American rock band Van Halen. Released on April 29, 1981, it sold more than two million copies, but was still the band’s slowest-selling album of the David Lee Roth era. Despite the album’s commercially disappointing sales, Fair Warning was met with mostly positive reviews from critics.

The album was listed by Esquire as one of the 75 Albums Every Man Should Own.

The cover artwork features a detail from The Maze, a painting by Canadian artist William Kurelek which depicts his tortured youth.

The album’s cover artwork is accompanied by an insert of a black-and-white picture of the band, as well as a view of a ghetto drywall with a wire running across it, cracked windows at the top and a Roth-era Van Halen logo with plaster cracked over the left wing. Also on the wall is a lyric from the album’s opening song, “Mean Street”.