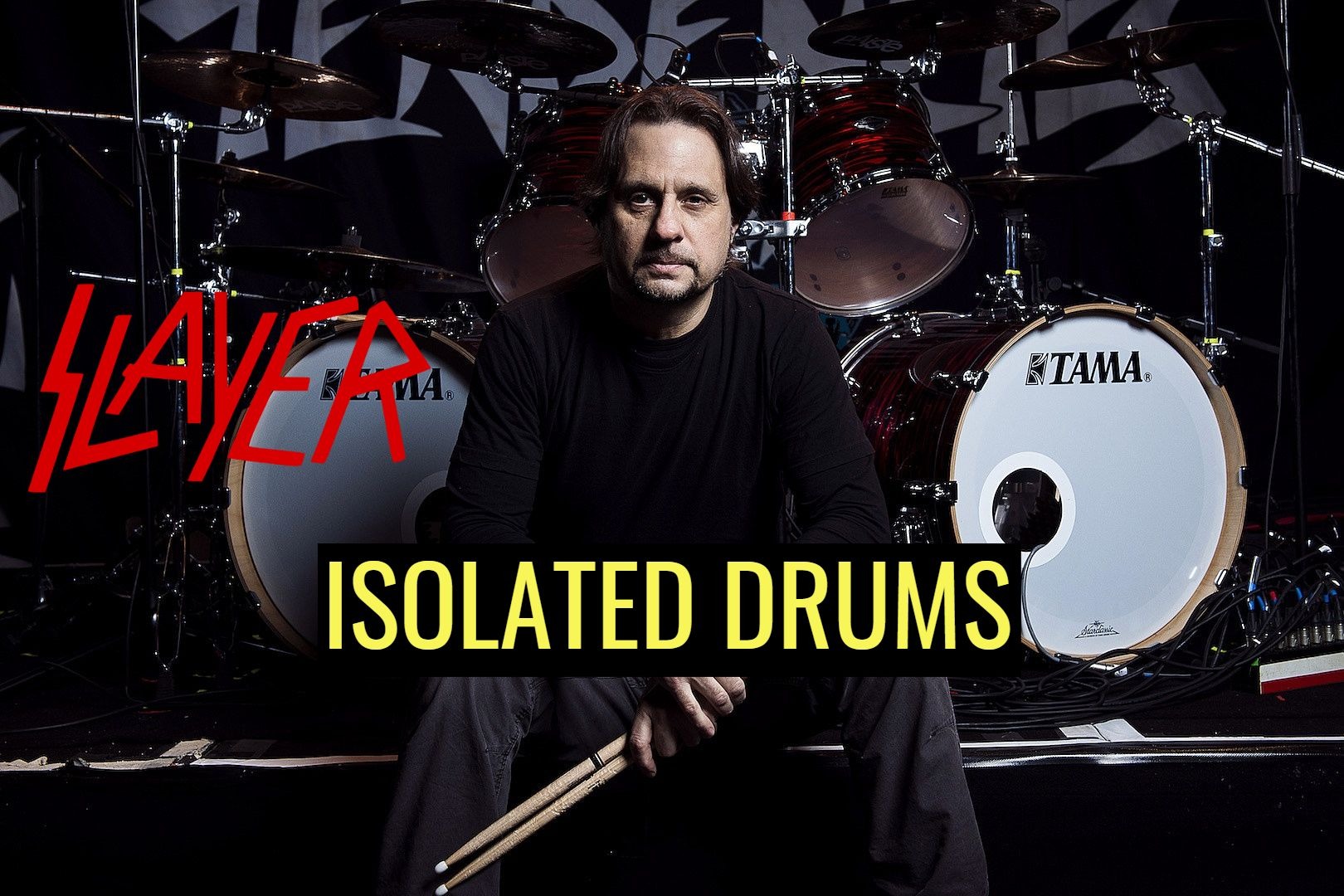 Dave Lombardo is one of the greatest drummers in Heavy Metal but not very remembered unfortunately. Born in Cuba in 1965, the musician was on the amazing Thrash Metal band Slayer until 2013, when he decided to leave the band.

To honor this amazing and talented drummer you are able to hear his incredible isolated drums on the classic “Raining Blood”.

“Raining Blood” is a song by the American thrash metal band Slayer. Written by Jeff Hanneman and Kerry King for the 1986 studio album Reign in Blood, the song’s religious concept is about overthrowing Heaven.

The song is four minutes and fourteen seconds in duration. It ends with a minute of rain sound effects. Described as a “classic” by Allmusic, it is noted by fans as one of Slayer’s most popular songs. As an almost permanent addition to their live sets, both Hanneman and King acknowledged it as their favorite song to play live. Many of Slayer’s live performances of the song have been captured on the band’s live albums and also multi-band compilation albums including MTV2 Headbangers Ball.

There have been many appearances of the song in the media and elsewhere, including the South Park episode “Die Hippie, Die”, and the video games Grand Theft Auto: Vice City and Guitar Hero III: Legends of Rock, where it is considered difficult to play.