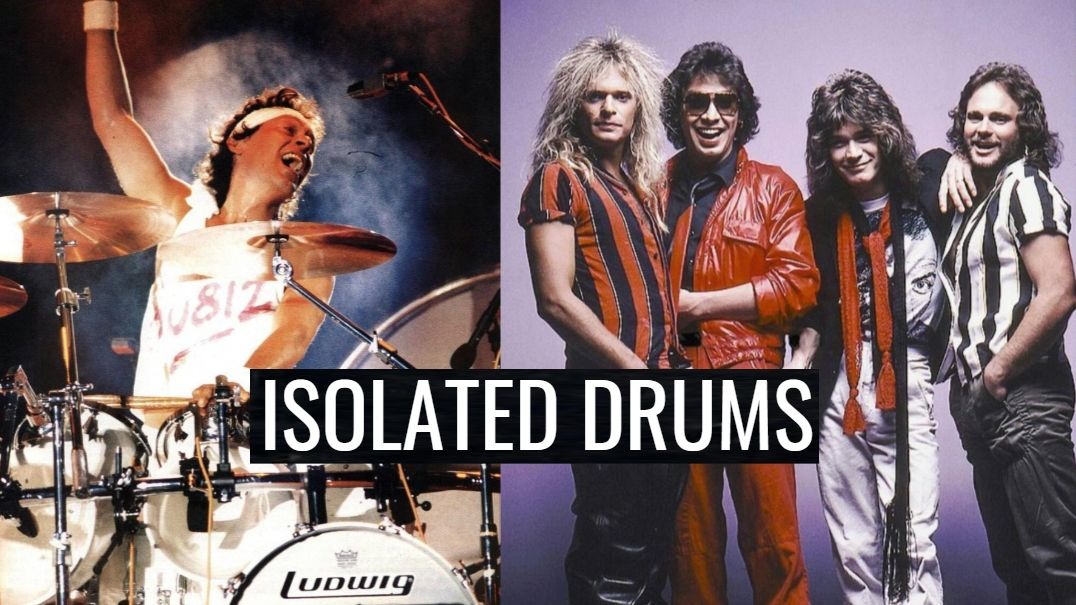 And to remember how good he is, you got to listen to his isolated drums on the classic “Ain’t Talking About Love” from the Van Halen album.

This song is one of the few David Lee Roth-era songs that onetime replacement Sammy Hagar was willing to sing in concert when he joined the band in the mid-’80s.

Van Halen is the debut studio album by American hard rock band Van Halen. Released on February 10, 1978, the album peaked at #19 on the Billboard 200. The album became widely recognized as the band’s popularity grew, selling more than 10 million copies in the United States by August 7, 1996 and being certified Diamond.

Van Halen contains many of Van Halen’s signature songs, including “Runnin’ with the Devil,” the guitar solo “Eruption,” their remake of The Kinks hit “You Really Got Me,” “Ain’t Talkin’ ’bout Love,” “Jamie’s Cryin’,” “Feel Your Love Tonight” and their remake of John Brim’s “Ice Cream Man.”